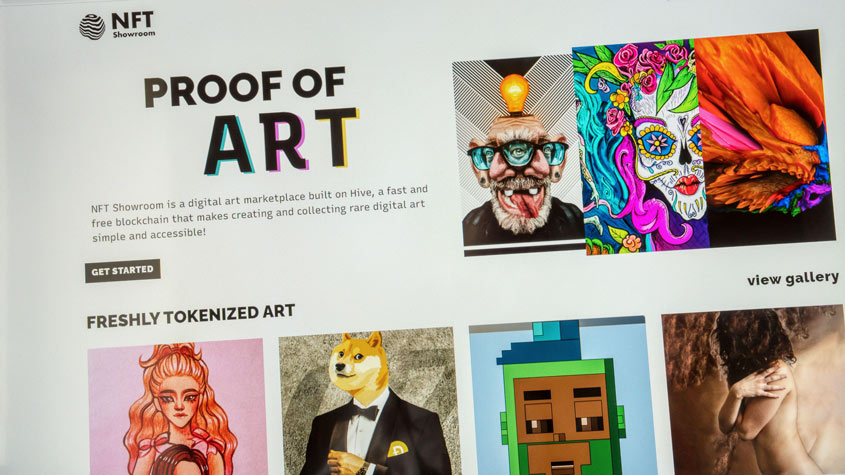 One of the most high-profile technological stories of 2021 has been the rise in popularity of the non-fungible token (NFT), the newest hype in the world of distributed ledgers and cryptocurrencies. This breakthrough technology has taken the art and tech worlds by storm.

Twitter’s CEO Jack Dorsey sold an NFT of his first tweet for the equivalent of USD 2.5 million. The NBA had been selling NBA Top Shots, “unique” NFTs of NBA moments, the value of which has exploded.

An NFT of a collage of works by digital artist Beeple was auctioned at Christie’s and sold to another crypto entrepreneur for the eye-watering sum of almost USD 70 million.

Old memes have been selling at auction as well, with the famous meme of Nyan Cat, an animated colourful cat whose body is in the shape of a pop tart, selling for 300 ETH (the cryptocurrency generated by the Ethereum protocol), over USD 1 million at the time of writing. Musician Grimes has also reportedly sold over USD 6 million worth of digital artworks.

What is going on? What are NFTs? And what does copyright have to do with it?

First, what is an NFT? One of the most heralded uses of blockchain technology is the tokenization of assets, where a token is a programmable digital unit of value that is recorded on a digital ledger. There are various types of tokens; they can represent anything from commodities and loyalty points, to shares, coins, and more.

While there are many different types of token standards, the most popular is found in the Ethereum infrastructure, which deploys tokens using the ERC20 standard, which sets the rules for fungible tokens. Fungible goods are by definition exchangeable regardless of the specific item you’re selling or buying.

Commodities tend to be fungible: silver, gold, oil, grain. Conversely, non-fungible goods are unique one-offs, like a custom-made silver necklace, or golden statuette, or a painting. Non-fungible goods use a different token standard, known as ERC-721.

Any digital work, including physical goods, which can be represented in digital form, such as a photo, video or a scan, can be turned into a non-fungible token.

The first use of the NFT standard in the Ethereum environment was a set of pixelated images of characters called Cryptopunks, and was released in June 2017. In the intervening years, other types of works have been turned into NFTs, including memes, music albums, and digital art.

There are various types of NFTs, but the most common is a metadata file containing information encoded with a digital version of the work that is being tokenized. The other type is where the entire work is uploaded to the blockchain; these are less common as it is expensive to upload information to the blockchain.

The most common type of NFT is a piece of code that is written into the blockchain. That code is made up of various bits of information. The ERC-721 standard for NFTs specifies elements that must be present, and some that are optional.

The first core element of an NFT is a number known as the tokenID, which is generated upon the creation of the token; the second is the contract address, a blockchain address that can be viewed everywhere in the world using a blockchain scanner.

The combination of elements contained in the token make it unique; only one token in the world exists with that combination of tokenID and contract address. At its very core, the NFT is simply these two numbers.

However, there are other important elements that can be present in the contract. One is the wallet address of the creator, which helps to identify the NFT with its originator. Most NFTs also commonly include a link to where the original work can be found, this is because the non-fungible token is not the work itself, rather a unique digital signature that is linked in some way to an original work (Find out more in Table 1).

From the description of NFTs above, you could be forgiven for not thinking about copyright at all. Most non-fungible tokens are a metadata file that has been encoded using a work that may or may not be subject to copyright protection (you could in principle create an NFT of a trademark), or it could even be a work in the public domain.

Anything that can be digitized can be turned into an NFT; the original work is only needed in the first step of the process to create the unique combination of the tokenID and the contract address. So, in principle, NFTs have very little to do with copyright.

However, there is growing interest in NFTs from a copyright perspective, in part because a lot of the works that are being traded as NFTs, such as works of art, are protected by copyright, but also because of a lack of clarity about what it is exactly that you get when you buy an NFT.

One of the key issues is the often widespread confusion surrounding the rights that buyers acquire when they purchase an NFT. Some buyers think they acquire the underlying work of art, and all its accompanying rights. However, in reality, they are simply buying the metadata associated with the work; not the work itself.

Some of the confusion may be caused by the amount of money spent on the tokens. When pixel art can be sold for over USD 1 million, it is easy to assume that the purchaser has acquired more than a string of code.

There is also increasing confusion among the mainstream press when reporting on the sale of NFTs; reporters often assume that it is the work itself that has been sold, which is not the case. Understandably, it is difficult to comprehend that buyers of NFTs are spending such large sums of money on what amounts to a metadata file and a short string of numbers and letters of dubious artistic value, but that’s exactly what most NFTs are.

Nonetheless, copyright may well come into play, at least for some NFTs. For example, one possible use of these tokens might be in some sort of digital rights management scheme. While most NFTs do not involve a transfer of rights, in some instances the seller offers to turn the token into an actual transfer of copyright ownership of the original work.

However, it is difficult to assess if this is compliant with the legal formalities needed to transfer copyright. For example, in the UK, the transfer of copyright under the Copyright Designs and Patents Act 1988 (CDPA) requires a copyright assignment that is “in writing signed by or on behalf of the assignor”. It is difficult to see how an NFT would fulfil those requirements.

Could NFTs be used in other types of digital rights management? In some way, all NFTs could be seen as a form of registration, insofar as blockchain could operate as an immutable record of ownership claims, acting as a means of verifying or determining authenticity.

But this idea quickly runs into practical problems, not least, the fact that anyone with sufficient technical knowledge and the appropriate tools can generate their own token, and this token can include any information that is entered by the author. This means that anyone can make erroneous ownership claims, and write them into the blockchain.

What about licenses? In theory, it is possible to code any type of agreement into a smart contract. A smart contract is an agreement – written in code – between different parties that is stored on a blockchain and cannot be changed. If we consider a license to be a legal document that allows a user to perform an action that is otherwise restricted by copyright, then this can also be achieved with an NFT.

At the time of writing, however, a survey of the major NFT platforms did not produce any cryptographic smart contract license in the shape of an NFT. A good number of platforms and collectible projects do not offer licenses of any type, and those that do often present contradictory terms and conditions.

A cursory look at NFT marketplaces produces many different infringing listings. Some artists have taken to social media to complain that their works were being minted as NFTs without their permission. Even public domain works from the Rijksmuseum in Amsterdam have been turned into an NFT. Most instances of alleged infringement have been solved outside of the courts, usually by the removal of the token from the auction platform.

But at some point, one of these cases is going to be litigated, and the question of whether the NFT is actually infringing a copyright holder’s rights will arise.

The question is trickier than it may first appear, mostly because of the nature of an NFT. As noted above, most tokens are not the work itself, but metadata of the work, and making such a token may not infringe copyright. Here is where it becomes relevant to have a clear and precise understanding of what a non-fungible token actually is in technical terms, as outlined above.

From a copyright perspective, it is difficult to see how the minting of an NFT, even without authorization, could be considered copyright infringement. As the NFT is not the work, but a string of numbers that have been generated in relation to a work, the resulting file could not be considered a reproduction or even an adaptation of the work.

Generally, for infringement to take place, three requirements must be met. First, the infringer will have taken advantage of one of the exclusive rights of the author without authorization.

Second, there will be a causal connection between the NFT and the original artwork, in other words, the potentially infringing work has to have been created directly from the original. And third, the work as a whole, or a substantial part of it, will have been copied. It is difficult to see how an NFT would meet these requirements, but this will clearly be a point of contention in the future.

The exclusive rights enjoyed by the author of a work cover its reproduction, publication, lending and rental, public performance, adaptation, communication to the public, and authorization to perform any of the above. Only the right of communication to the public could be infringed through a link in an NFT, as in such a case there is a causal connection between the token and the work. However, as an NFT is simply code, it is not a substantial reproduction of the work, so it would not infringe those rights.

For the most part, while authors may have legal recourse for unauthorized use by making a claim against a platform for minting an NFT associated with their original work, it is not clear that the author actually has the exclusive right to do so.

Inevitably, there will be some practical interaction between NFTs and copyright, although most disputes will be handled at the platform level. The market is already acting as a gatekeeper, removing possible infringement by encouraging the existence of a space where creators can offer the tokens they have generated.

Nonetheless, the nature of the market, and the incentive for large returns, still mean that the NFT space may generate a good number of copyright disputes. These are the early days of a potentially disruptive technology, so it will be interesting to see how dispute and ownership claims develop.

You’ll Soon Be Able to Pay for Weed With Crypto

As adult-use cannabis continues to get legalized in more states, the question of payment becomes…