What’s a smart contract and how does it work? 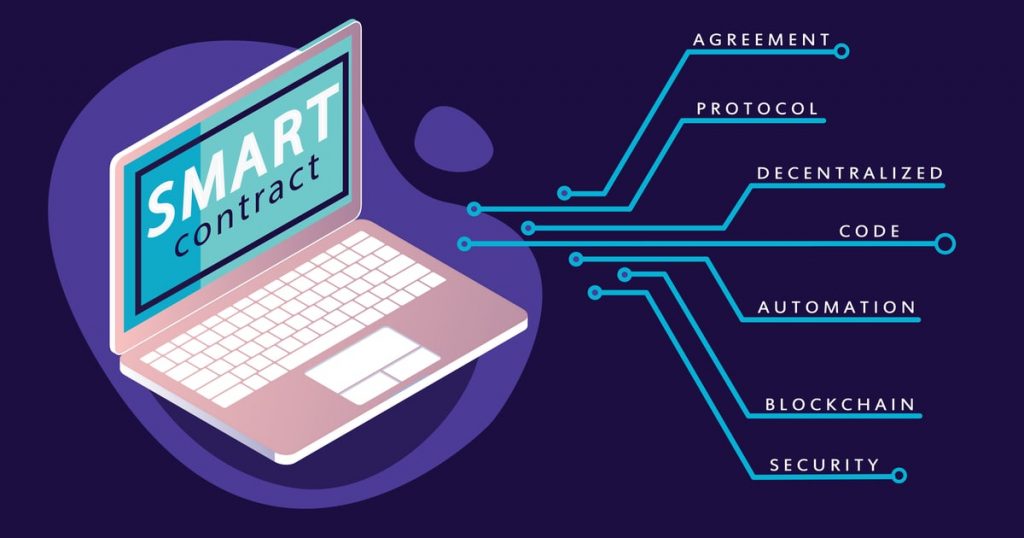 A smart contract is a self-executing contract with the terms of the agreement between buyer and seller being directly written into lines of code. The code and the agreements contained therein exist across a distributed, decentralized blockchain network. The code controls the execution, and transactions are trackable and irreversible.

Smart contracts permit trusted transactions and agreements to be carried out among disparate, anonymous parties without the need for a central authority, legal system, or external enforcement mechanism.

Smart contracts were first proposed in 1994 by Nick Szabo, an American computer scientist who invented a virtual currency called “Bit Gold” in 1998, fully 10 years before the invention of bitcoin. In fact, Szabo is often rumored to be the real Satoshi Nakamoto, the anonymous inventor of bitcoin, which he has denied.

Szabo defined smart contracts as computerized transaction protocols that execute terms of a contract. He wanted to extend the functionality of electronic transaction methods, such as POS (point of sale), to the digital realm.

Smart contracts work by following simple “if/when…then…” statements that are written into code on a blockchain. A network of computers executes the actions  when predetermined conditions have been met and verified.

These actions could include releasing funds to the appropriate parties, registering a vehicle, sending notifications, or issuing a ticket. The blockchain is then updated when the transaction is completed. That means the transaction cannot be changed, and only parties who have been granted permission can see the results.

Within a smart contract, there can be as many stipulations as needed to satisfy the participants that the task will be completed satisfactorily. To establish the terms, participants must determine how transactions and their data are represented on the blockchain, agree on the “if/when…then…” rules that govern those transactions, explore all possible exceptions, and define a framework for resolving disputes.

Then the smart contract can be programmed by a developer – although increasingly, organizations that use blockchain for business provide templates, web interfaces, and other online tools to simplify structuring smart contracts.

Once a condition is met, the contract is executed immediately. Because smart contracts are digital and automated, there’s no paperwork to process and no time spent reconciling errors that often result from manually filling in documents.

Because there’s no third party involved, and because encrypted records of transactions are shared across participants, there’s no need to question whether information has been altered for personal benefit.

Blockchain transaction records are encrypted, which makes them very hard to hack. Moreover, because each record is connected to the previous and subsequent records on a distributed ledger, hackers would have to alter the entire chain to change a single record.

Smart contracts remove the need for intermediaries to handle transactions and, by extension, their associated time delays and fees.

Safeguarding the efficacy of medications

Sonoco and IBM are working to reduce issues in the transport of lifesaving medications by increasing supply chain transparency. Powered by IBM Blockchain Transparent Supply, Pharma Portal is a blockchain-based platform that tracks temperature-controlled pharmaceuticals through the supply chain to provide trusted, reliable and accurate data across multiple parties.

The Home Depot uses smart contracts on blockchain to quickly resolve disputes with vendors. Through real-time communication and increased visibility into the supply chain, they are building stronger relationships with suppliers, resulting in more time for critical work and innovation.

Explainers
Previous ArticleHow to Protect Private Keys?
Next Article What is blockchain technology?

Decentralized Autonomous Organizations Are Red Hot, But What Exactly Are They?

Buying Bitcoin Is Easier Than Ever. Read This Before Taking the Plunge

People are buying and flipping NFTs at huge profits. Here’s how they do it

$215 Million in Liquidations as Bitcoin Price Sheds $3K in Hours

In a sudden u-turn, Bitcoin’s price shed $3K off its value and left around $215…

An Overview Of Web3 Venture Capital Activity In 2021