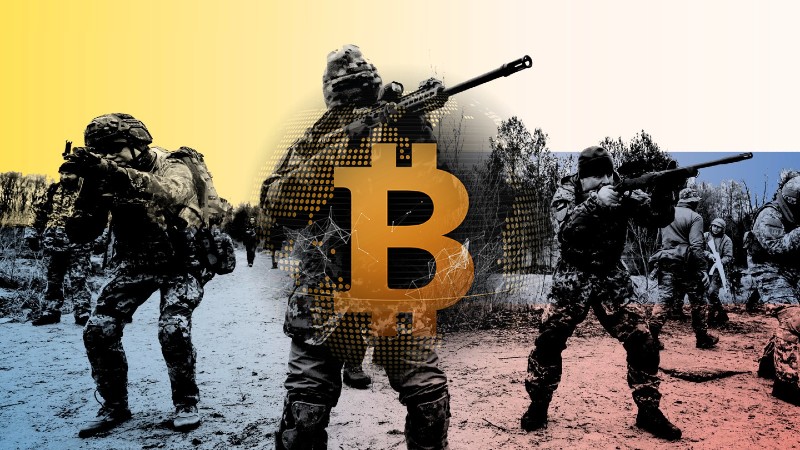 Before it handed over the dubious mantle of the world’s worst-performing currency to the Russian ruble, the Turkish lira had lost 44% of its value against the dollar in one year.

Its purchasing power at home also waned: Depending on whether you believe official statistics or private estimates, inflation in Turkey is anywhere between 54% to 124%. So how did the locals react? For one, the tech-savvy classes went the crypto way.

Globally, among all the currencies swapped for stablecoins — blockchain tokens that promise 1:1 convertibility into hard assets (mostly U.S. dollars) — the lira’s share jumped to 26% at the end of last year, from 0.3% in January 2020, according to researchers at the Bank for International Settlements. A 26% share is highly unusual, considering that the Turkish currency makes up just 0.5% of the world’s foreign-exchange market.

It used to be that societies that lacked a medium of exchange acceptable to sellers of goods, services and assets would informally “dollarize,” with the U.S. currency substituting the national unit of account in everyday transactions. Before Indonesia banned the use of foreign currencies in domestic transactions in 2015, a fifth of office towers in Jakarta charged rents in dollars.

But if the dollar was an impediment to sovereign nations being fully in charge of their monetary destiny, “cryptoization” is a possibly bigger challenge: “The adoption of a crypto asset as the main national currency carries significant risks and is an inadvisable shortcut,” the International Monetary Fund warned in October last year, shortly after El Salvador made Bitcoin legal tender.

El Salvador may be an outlier, and Turkey a result of President Recep Tayyip Erdogan’s unorthodox economic policies. But Russia has raised the stakes. The biting sanctions imposed on the world’s 11th-biggest economy for invading Ukraine may be providing a big impetus to cryptoization: Ruble-denominated trading in Tether, a dollar-backed stablecoin, is showing a huge buildup in volumes, according to Kaiko, a blockchain analytics firm.

“When the banking system is impacted, whether through financial sanctions or war, people will rush to crypto to protect their assets and maintain liquidity,” says William Je, the chief executive officer of Hamilton Investment Management Ltd. Je founded Himalaya Exchange, a cryptocurrency bourse that launched its trading token,  Himalaya Coin, last year. Hcoin now has a market value of $43 billion. “Russians have been very active in the crypto market,” he says.

Since a central bank can only print the national currency, it can’t fix a shortage of crypto liquidity; financial stability may be jeopardized. By acting as a gateway for capital outflows, digital assets may amplify exchange-rate volatility.

Above all, cryptoization is a risk to the existing financial order, in which it’s the job of banks to deny liquidity and store-of-value services to those that Washington seeks to punish. By operating outside the banking system, coins on decentralized ledgers can weaken America’s policing power.

Digital assets, as U.S. President Joe Biden said in his March 9 executive order, may be used “as a tool to circumvent United States and foreign financial sanctions regimes.” They may even avoid scrutiny of centralized exchanges by changing hands in peer-to-peer, or P2P, transactions.

“There are real concerns that cryptocurrencies can be used for illegal activities or to beat sanctions,” says Je. “Peer-to-peer platforms are a common way for this. However, if the regulators work closely together and give clear and coordinated guidelines to the crypto operators, the issue can also be solved easily.” One such requirement may be know-your-customer, or KYC, rules for onboarding of members of a trading venue. “It doesn’t matter whether it’s peer-to-peer transfer or chat channels, you have to register with full details,” Je says.

If forces are aligning in favor of crypto adoption, why aren’t prices reflecting it? While Bitcoin may have initially sold off alongside other risky assets, the number of non-zero-balance Bitcoin addresses has blown past 40 million to an all-time high, notes Bloomberg Intelligence analyst Jamie Douglas Coutts.

“Bitcoin is poised for appreciation once macro forces subside,” he says, adding that the number of wallets that have only bought and not sold their Bitcoin “keeps hitting new highs, increasing 20% over 12 months and accelerating in recent weeks.”

HODLers, crypto jargon for users “Holding On for Dear Life,” are showing greater conviction than in past bear markets. More institutional money is entering the fray. “I’ve been speaking to many asset managers and investment banks and every one of them has started to invest into crypto or is studying” the field, says Hamilton’s Je, a former chairman of Greater China equity capital markets at Macquarie Group. “Like it or not,” he says, the crypto market “will continue to exist and expand.”

Once they’re widely adopted as a means of payment, any problems with digital assets — such as disruptions to a stablecoin or a crash in the price of a volatile token — could spill over to payment systems and adversely affect real economic activity, according to the BIS study. Risks are compounded, the researchers say, by “unknown unknowns,” due to the lack of transparency about coin ownership.

Arguments that Bitcoin is too volatile to be day-to-day money — or volumes on P2P exchanges are too shallow to support en masse token adoption — are valid in normal times. People don’t need a desperate alternative when their banking system is plugged into the vast pool of global liquidity, and their currency is backed by a monetary authority with unfettered access to ample foreign-exchange reserves. But when neither condition holds, the rules of the game change. As they may have in Russia.

The weaponization of the dollar and the SWIFT network has sent a shockwave around the world. The response may be widespread cryptoization. The pressure on monetary sovereignty that authorities had feared from Meta Platforms Inc.’s plan to back Libra stablecoins has returned with a vengeance, even though that project — renamed Diem — is dead. We should take the threat seriously.