Siblings Charged With Scamming 12,000 Investors Out Of $124 Million In Crypto Fraud 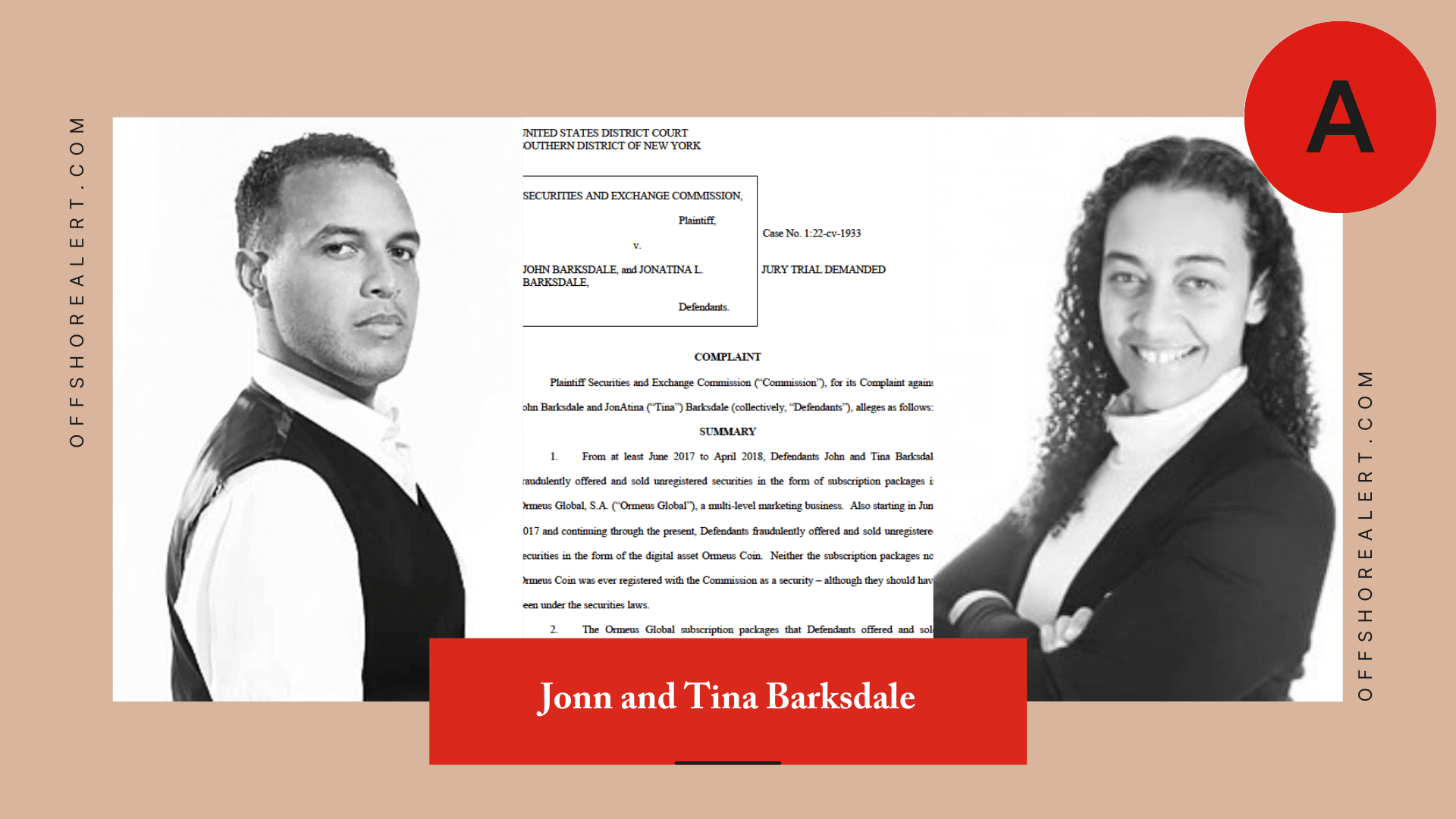 U.S. authorities on Tuesday filed criminal charges against a cryptocurrency entrepreneur and levied separate charges against him and his sister for allegedly defrauding thousands of retail investors out of more than $124 million through unregistered securities offerings over the course of nearly five years—the latest in a string of federal actions targeting fast-growing cryptocurrency-based crime.

The U.S. Securities and Exchange Commission on Tuesday charged John and Jonatina Barksdale with violating securities laws by misleading retail investors into buying an unregistered security called Ormeus Coin since at least June 2017.

The siblings acted as “modern-day snake-oil salesmen, using social media, promotional websites and in-person roadshows,” the SEC’s Melissa Hodgman said in a statement, alleging the pair falsely claimed Ormeus Coin was supported by one of the world’s largest crypto mining operations even though they abandoned their mining operations in 2019.

“In truth, Ormeus’ mining operations never approached” the $250 million the siblings claimed, the SEC’s complaint alleges, going on to say the siblings touted the fake mining proceeds on a jumbotron ad in New York City’s Times Square and claimed their monthly mining revenue exceeded $5 million, though they actually generated less than $3 million in total mining revenue.

Separately on Tuesday, the U.S. Attorney for the Southern District of New York announced it arrested John Barksdale outside the country on conspiracy, securities fraud and wire fraud charges stemming from the same scheme, with a maximum sentence of up to 65 years in prison.

While both the siblings produced social media posts, YouTube videos and other press materials, only John Barksdale held roadshows around the world to promote the fraudulent offerings, according to the complaint.

He “operated like a traveling salesman and peddled lies, overstatements, and misrepresentations” regarding the cryptocurrency, “duping thousands of investors throughout the world” and ultimately helping him take in more than $70 million, the complaint alleges; Ormeus Coin was sold to at least 12,000 investors.

SEC Chairman Gary Gensler has repeatedly said cryptocurrencies deserve more government scrutiny, particularly because they can implicate securities, commodities and banking laws despite no overarching regulation for them. Last year, he called on Congress to ramp up its authority over the cryptocurrency industry. “Right now, we just don’t have enough investor protection in crypto,” he said. “Frankly, at this time, it’s more like the Wild West.” President Joe Biden is slated to release an executive order tasking federal agencies with regulating cryptocurrencies as a matter of national security as soon as this week.

$14 billion. That’s how much money illicit cryptocurrency addresses received last year, climbing 79% from one year prior and marking an all-time high for cryptocurrency-based crime, according to blockchain analytics firm Chainalysis, which cited the explosion in mainstream cryptocurrency adoption as a main catalyst.

Last month, U.S. authorities arrested a New York City couple for allegedly conspiring to launder $4.5 billion worth of bitcoin stolen during a hack of cryptocurrency exchange Bitfinex in 2016. Authorities were able to retrieve about $3.6 billion worth of stolen funds—the largest financial seizure ever, according to the Department of Justice.