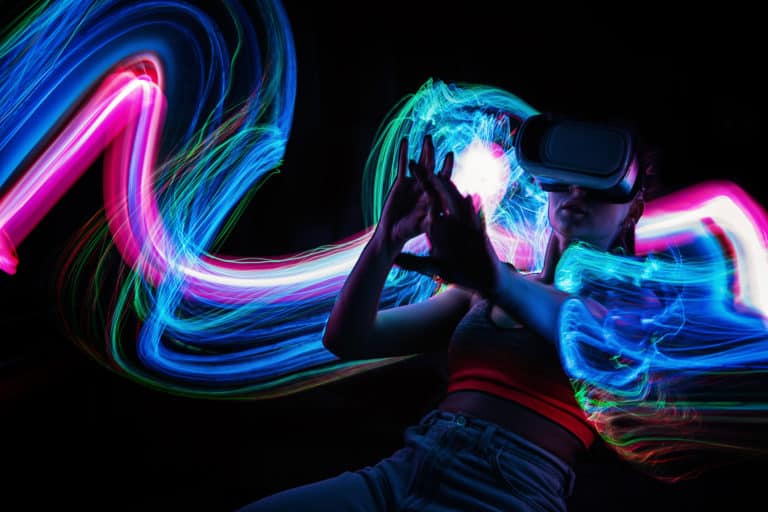 Concern is growing in South Korea that minors are being exposed to sexual harassment and assault in metaverses, as these virtual reality worlds where participants play games or even simulate life through avatars become increasingly popular in the country.

The national police disclosed in April 2021 that an adult allegedly induced a minor to send revealing photos in exchange for in-game items in another metaverse. The adult then used the photos to create sexually exploitative content, said the police, without revealing whether a suspect has been charged.

Of greater concern potentially are acts that seem like crimes but occur within the metaverse itself. South Korea’s Ministry of Gender Equality and Family said in September 2021 that a 14-year-old girl had been coerced into taking off her avatar’s clothes in a metaverse and then told to have her avatar perform sexual acts.

Legal experts say laws haven’t been adequately crafted to address abuse within virtual and digital realms. Seo Ji-hyun, head of the Ministry of Justice’s digital sex crime task force, revealed at a recent debate that verbal sexual violence or abuse is considered criminal only when it takes place in a public space, for example. This means abusive messages in private chats in the metaverse arguably are not punishable.

Koo Tae-on, a lawyer at South Korean law firm Lin, said another problem is that current laws are limited to tackling physical harassment to human beings — pointing out that it is difficult to interpret avatars simulating sexual acts as a crime under the present legal system.

Jurisdictional issues in the nationless, borderless internet also complicate law enforcement, Koo said. Even though it is illegal in South Korea for adults to initiate sexual conversations with minors, “if the offender or the operator [of the metaverse] is based overseas, it is difficult to roll out the investigation and thus makes it harder to punish the offenders,” he said.

The industry so far has been ineffective in policing itself. The penalties imposed on users for metaverse transgressions are limited to blocking or deleting their accounts from a platform, said Tacteen Naeil’s Jung.

She said it was necessary for South Korean metaverse platforms to strengthen their monitoring levels and develop technologies to prevent such offenses from occurring in the first place.

Fostering the metaverse
The need to prevent abuse will only become more urgent as metaverses become South Korea’s favorite new ventures. In January, the Ministry of Science announced a five-year plan to cultivate the fifth-largest metaverse industry in the world by 2026.

Meta, formerly Facebook, described South Korea as a top-tier environment for growing the metaverse industry based in part on the people’s receptivity toward the virtual frontier.

Growth in the metaverse industry is predominantly driven by tech-savvy younger generations that have found the digital space a platform for self-expression and creativity. South Korea’s native metaverse Zepeto, developed by internet giant Naver’s subsidiary, Naver Z, has a global user base of 250 million, of which more than 70% are teenagers.

Roblox, another metaverse wildly popular among young Koreans, was the most-searched term on Google last year.

Metaverses are also gaining in popularity through partnerships with K-pop idols such as BTS and Blackpink, and global fashion brands like Gucci and Nike.

But the same environment that makes it appealing for young people to act out their popstar dreams or wear virtual couture and party with virtual friends can also be a refuge for predators who are able to hide behind avatars and prey on the naive and pliant.

“With the anonymity the avatars give, you won’t know who’s who in the metaverse,” said Lee Im-bok, an author and CEO of smart-work consulting company Second Brain Lab.

Public pressure has gotten some results overseas. After receiving complaints from users who had experienced virtual sexual harassment, Meta recently announced that it had included a new “personal boundary” system to its virtual reality (VR) settings that restricts another avatar from entering a user’s personal space.

Bitcoin’s Low-Volatility Price Drop May Be Nearing an End