Ukraine Puts a Crypto Twist on War Bonds. It Can Do More 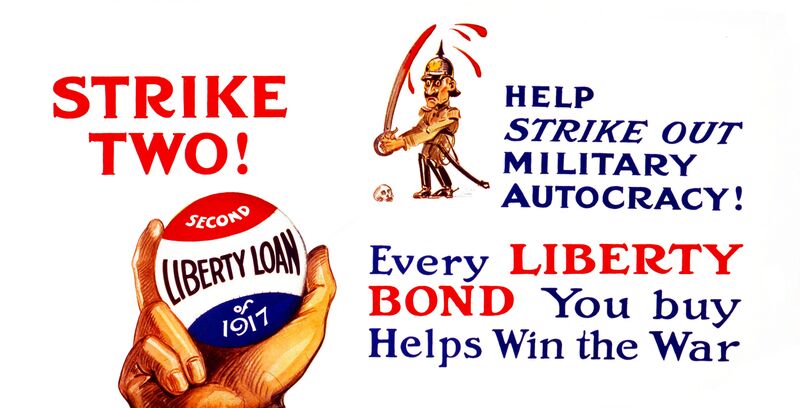 Javelin and Stinger missiles, Molotov cocktails and now…crypto war bonds. To support its life-or-death struggle against Russia, Ukraine is seeking to tap the rapidly expanding potential of cryptocurrencies. If it succeeds, other nations facing dire circumstances may follow.

War bonds are a tried and tested concept. Used to finance military efforts, they were widely available in World War I (like the U.K.’s National War Bonds and U.S. Liberty Bonds) and World War II, when some 84 million Americans bought one of these debt instruments.

Last week, the Ukrainian government raised $277 million on a war bond with an 11% yield and one-year maturity, with plans for a second such offering March 8. While there is retail interest (read: Reddit) in the Ukrainian war bonds, the primary buyers are institutional investors.

The crypto equivalent of a war bond could become another weapon in the country’s financial arsenal, helping Ukraine to broaden its reach to more would-be funders. First, though, it must fix some of the flaws in its fledgling efforts to tap the market.

Two days after Russia’s invasion, the official Ukraine Twitter account tweeted out Bitcoin and Ethereum addresses to accept crypto donations. In the first week, Ukraine reportedly raised some $50 million; on March 4, Mykhailo Fedorov, the country’s vice prime minister and minister of digital transformation, said it was targeting another $100 million in the second week.

Historically, profit has not been a key motivating factor for war bonds. The rate of returns on WWI and WWII bonds were below market; patriotism and personal morality were clearly part of the calculus. Channeling those impulses into a crypto-native war bond might induce even more people to contribute.

With any crypto project, one should ask “do we actually need crypto for this?” The Ukrainian example suggests “yes,” across three dimensions:

Ukraine’s Twitter account floated the outlines of a possible crypto war bond instrument on March 1: “Airdrop confirmed. Snapshot will be taken tomorrow, on March 3rd, at 6pm Kyiv time (UTC/GMT +2 hours). Reward to follow!” In layman’s terms, that meant that anybody who donated Ether to the Ukraine government by the deadline was eligible to receive “a reward” that would be “airdropped” to the donor’s Ethereum wallet.

What would that reward be?

Mario Gabriele, who writes on Web3 at The Generalist newsletter, tells me that the airdrop could have been either a fungible (say “Ukraine Coin”) or non-fungible (digital artwork) token.

In other words, a nation-state at war offered to reward crypto donors with an NFT. Try explaining that to someone in 2019. The absurdity of the situation was not lost on many Twitter users, whose replies to the scheme were along the lines of “we live in a simulation” (a popular phrase for when something ridiculous happens).

The proposed airdrop did attract more money. It also drew thousands of microdonations — as low as 0.0001 ETH per CoinDesk — that looked like an attempt to game the airdrop by creating eligible wallets at the lowest cost possible.

Ukraine ultimately canceled the idea, and in the wake of the 180-degree turn, another popular Web3 phrase started circulating: “rug pull,” which refers to when a crypto project makes a future promise to attract new users, only to not deliver on said promise.

“There’s a version of [the airdrop] that seems like it could work,” says Gabriele. Instead of receiving interest on a traditional war bond, potential returns for a crypto wartime contribution could be:

Gabriele acknowledges that a crypto-native war bond can get “very thorny, both legally and logistically” and could be “either fantastically beneficial or grimly dystopian.” To name just one legal hurdle: The SEC is probing whether certain token offerings or NFTs should be classified as securities, which have more regulatory oversight.

But nations have good reason to refine the idea, starting with the growing ubiquity of crypto money. Two years ago, the total crypto market capitalization was ~$250 billion. It’s now at ~$1.7 trillion. That crypto-native wealth is looking for crypto-native ways to interact with the world. For nations facing existential crises, satisfying that desire could help to spell the difference between salvation or disaster.

Should Western Union be worried about stablecoins?

Welcome to the Crypto Version of ‘Blade Runner’