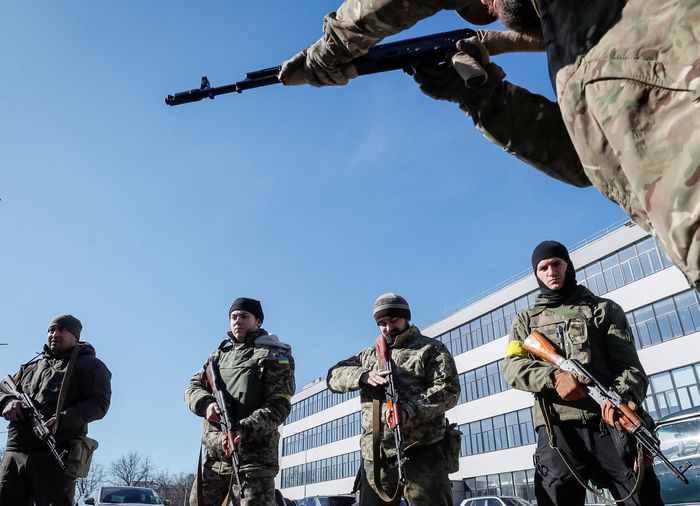 Ukraine has already spent $15 million of the donations it received in cryptocurrencies on military supplies, including bulletproof vests that were delivered Friday, according to Alex Bornyakov, deputy minister of Digital Transformation of Ukraine.

The Ukrainian government anticipates doubling the $50 million of crypto donated so far in the next two or three days, Bornyakov said in an Zoom interview from an undisclosed location inside Ukraine. Most of the donations have been in Bitcoin and Ether.

The 250-person ministry has managed to find suppliers in Europe and the U.S. for everything from the vests to food packages to bandages and night-vision devices for army within two days after Russia invaded Ukraine on Feb. 24, Bornyakov said.

About 40% of the suppliers are willing to take crypto. The rest are typically paid with crypto converted into euros and dollars, he said.

While many companies and crypto startup founders have donated money, “most donations come from people,” Bornyakov said, while noting that air-raid sirens occasionally require him to run into a bomb shelter.

The ministry has also received donations in Tether, Polkadot and Solana, he said. It also received hundreds of NFTs, including a valuable CryptoPunk.

The ministry was formed two years ago, and was working to develop Ukraine’s information-technology services industry, provide high-speed internet access throughout the country and to move all government services online.

Most of the ministry’s team is under 35 years old, and most are working remotely, from inside or outside the country, Bornyakov said. Before joining the ministry, Bornyakov studied public administration at Columbia University in New York and also founded several startups, including an ad-technology provider and a startup investment fund.

The ministry’s team has now refocused on supporting the country’s digital infrastructure as it’s being attacked, making sure the government’s work is not interrupted, Bornyakov said. Gathering and using cryptocurrency donations is a part of its efforts as well.

To raise additional funds, the ministry is now working with two companies that are designing an NFT collection that could be ready in less than two weeks, and would raise funds for the Ukrainian war effort, Bornyakov said. It’s still up in the air if the edition will be limited, and what the NFTs will look like.

“No one was ready to do military NFTs, the war just started eight days ago, they are still trying to figure out how to do this in terms of design,” he said.

The ministry has no plans to sell its donated CryptoPunk #5364, showing a person in a blue bandanna smoking a cigarette, or others of the hundreds of donated NFTs any time soon. The CryptoPunk last sold a year ago for about 16.2 Ethers, worth over $43,000 in current prices.

“Yes, someone donated us a CryptoPunk, but it’s so hard to sell, we haven’t used it at this point,” Bornyakov said. “We are going to keep it for now. We appreciate every support that people are trying to give. What’s important is people’s awareness. They see what’s going on, and they are trying to help. We are going to work with NFTs a little bit later, we are focused on things we can deal with right now. There’s no time to figure out how to convert them. Maybe once things settle down we’ll figure this out.”

Shiba Inu and Other Coins Now Supported by Binance Custody