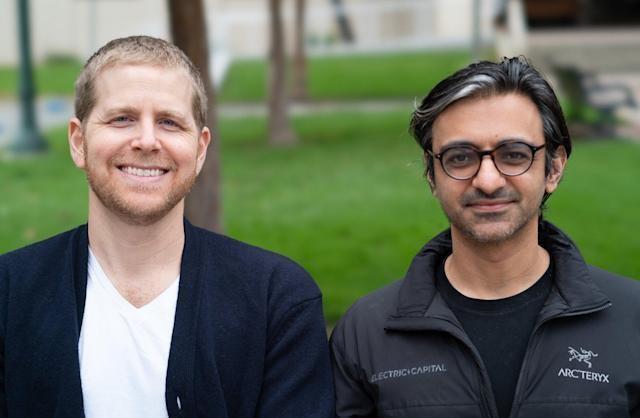 Electric was founded by entrepreneur Avichal Garg, 39, and software engineer Curtis Spencer, 40. In 2001, while he was still in high school, Garg began his tech career by cofounding an education technology startup.

He went on to major in computer science at Stanford and later worked as a product manager at Google. Then he and Spencer cofounded Spool, a bookmarking startup that let consumers save articles and videos to their phones.

Facebook bought Spool in a small acquisition in 2012, and Garg and Spencer stayed at the social media giant for several years before starting Electric Capital in 2018.

The pair aims to differentiate Electric from other crypto investment funds by stuffing its ranks with engineers. That way it can better understand and assist with its portfolio companies’ technical operations. Of Electric’s 15 employees, eight are software developers and two are graphic designers, Garg says.

He thinks engineers will eventually dominate all of the biggest businesses. “If you look at the most successful commerce companies in the world, they’re basically run by software engineers,” he says.

“If you look at the most successful media platforms, they’re run by engineers. We think the same thing happens to venture capital and all capital markets.” Crypto funds Paradigm and Hack VC, which recently raised $200 million, also have engineering teams on staff.

One way Electric uses its technical knowledge is by creating an annual “Developer Report,” which analyzes vast amounts of open source code published on the repository GitHub. The research estimates how many engineers are working on different cryptocurrency platforms and which ecosystems are growing the fastest, and it helps inform Electric’s investment decisions.

One of Electric’s best investments so far is Near Protocol, an Ethereum competitor that serves as a cryptocurrency platform other applications can run on top of. After launching in 2017, Near grew to become the third-fastest growing crypto ecosystem in 2021, attracting more than 100 full time developers.

Electric has also made many investments in decentralized finance, or DeFi, the catchall for crypto products trying to build financial systems outside the control of any single company or government. It was an early investor in Dydx, a 27-person crypto derivatives trading application that surpassed Coinbase in daily trading volume last fall.

It owns a stake in Zeta, an options-trading service. And it has backed Syndicate, a Silicon Valley software startup that makes it easier for people to pool crypto capital together and create investment DAOs, or decentralized autonomous organizations.

To deploy its new $1 billion, Electric plans to make both equity and token investments of $1 million to $20 million. It will continue investing in crypto infrastructure and decentralized finance, and it wants to lean into the nonfungible token (NFT) market.

Garg isn’t yet ready to invest directly in NFTs like digital art or in NFT investment DAOs through his fund. “How do you value this stuff?” he says. “Are you speculating on some fundamental asset or just speculating?”

But he and Spencer are planning to make bets on “picks and shovels,” such as NFT marketplaces, digital wallets and financial tools that let you borrow money and use your NFTs as collateral.

Think You Can Get Rich With NFTs? Think Again

If we had to sum up 2021 in one acronym, it would undoubtedly be NFT.…

Planning for a Better Breed of DOGE; Dogecoin Foundation Lays Out First-Ever Roadmap

How to run a meeting in the metaverse