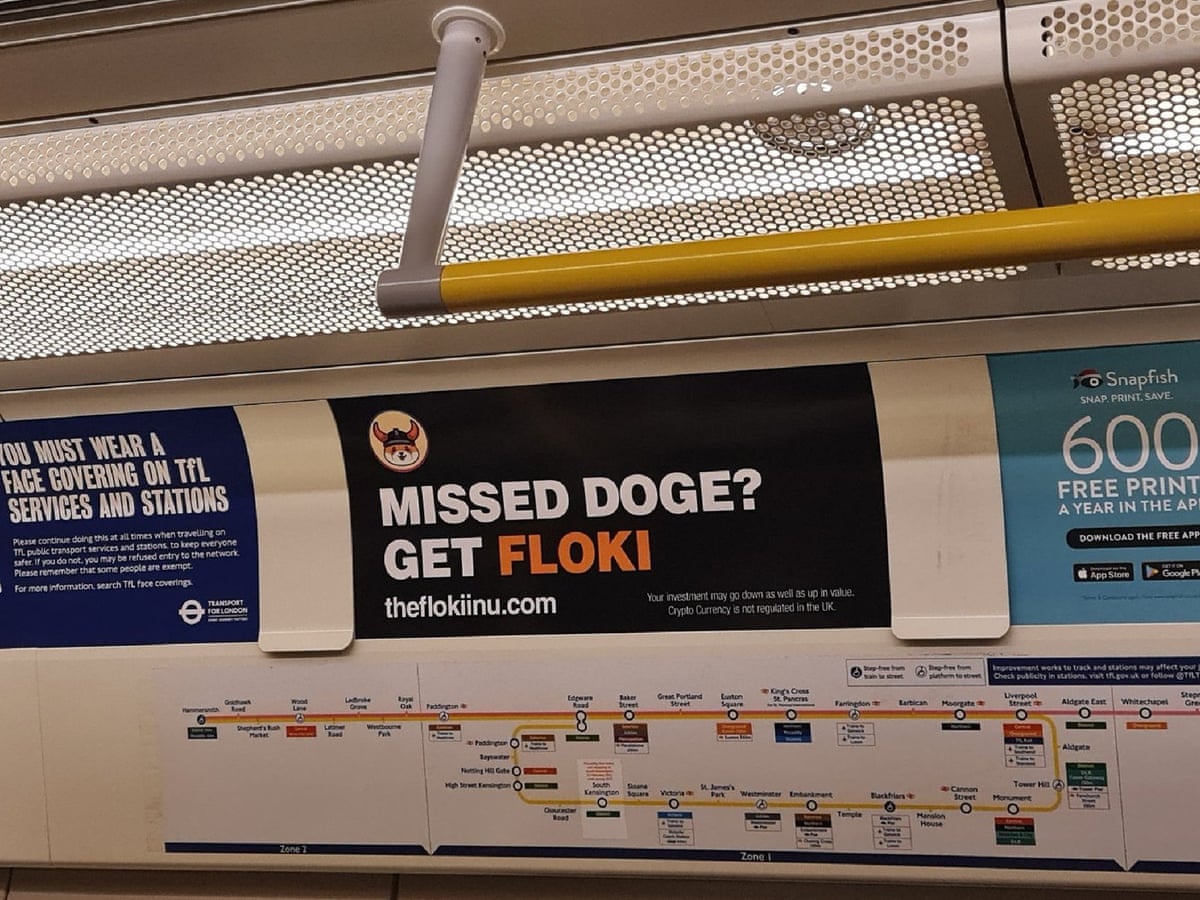 The UK advertising watchdog has launched an investigation into a London bus and underground ad campaign for Floki Inu, a “meme coin” cryptocurrency named after a dog owned by Elon Musk, as pressure rises to ban the marketing of crypto products on public transport networks.

The poster campaign encourages the public to invest in the cryptocurrency craze, appealing for them to look to Floki if they were not quick enough to buy into other popular cryptocurrencies, such as Doge, early enough.

Products such as Floki are known as meme coins because they are launched quickly with branding that responds to popular cultural phenomena.

In May, the ASA banned a campaign for the cryptocurrency exchange Luno that ran on the Transport for London (TfL) network.

The campaign, which told the public “it’s time to buy” bitcoin, was found to be misleading and irresponsible for encouraging people to invest in unregulated financial products.

On Wednesday, a spokesperson for the ASA said: “While I can’t go into specifics at this time, I can confirm that we are currently investigating Floki Inu.”

The investigation, which was first reported by the Financial Times, comes days after Liberal Democrat and Green party members of the London assembly called on TfL to stop taking advertising from cryptocurrency-related firms until the UK government and Financial Conduct Authority set out new guidance on marketing.

TfL says that while it does not have a ban on the marketing of cryptocurrencies, the ad campaigns are more heavily scrutinised than those for other sectors. This includes adding a disclaimer on all ads making it clear that cryptocurrencies are unregulated in the UK.

“TfL is writing to the ASA and FCA to ask for their views on the concerns being raised,” said a spokesperson for the mayor of London, Sadiq Khan, who chairs TfL. “Once TfL has that input they will consider what action might be necessary going forward.”

Floki, which is funded by an anonymous group, said its ads complied with “all laws and regulations”.

Last year, the UK Treasury proposed the introduction of stricter rules for the financial advertising of most cryptocurrencies.

-Read the full article on The Guardian

“Welcome to being in an industry that has arrived,” Darren Soto tells The Block, chuckling…

Millennials and Gen Z: The perfect audience for crypto scams?