Why the hell is comedy genius Larry David flogging Cryptocurrency? 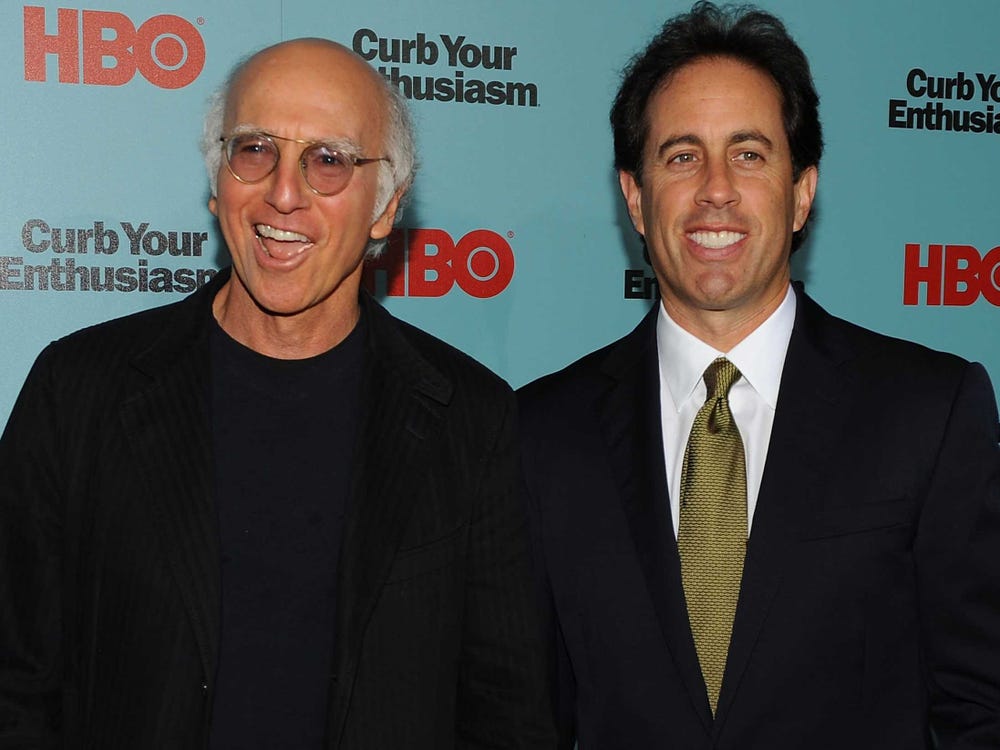 With a documentary about his life coming to HBO, the ‘Seinfeld’ and ‘Curb Your Enthusiasm’ creator is a wildly successful elder statesman of comedy. So what’s he doing advertising cryptocurrency?

There are few people who have had such an outsize influence on TV comedy as Larry David. It’s only fitting then that one of the medium’s true geniuses is now getting the full HBO documentary treatment.

The Larry David Story, set to air Stateside this March, will see David sit down with longtime friend and collaborator Larry Charles to talk about the early lows and many subsequent highs of his career. As an avowed fan of everything David has ever worked on, I’ll be tuning in quicker than you can say “Beloved Aunt”.

Or rather, a fan of almost everything he’s ever done. Last weekend, during one of the Super Bowl’s many lavishly produced advertising breaks, my ears pricked up at the sound of David in ancient finery dismissing the inventor of the wheel with a pithy: “Eh, I don’t think so.”

The ad continued to race through great moments in history, with David as the eternal cynic trying to push back progress. He doesn’t rate the indoor toilet, has no taste for coffee and even pooh-poohs the humble fork, waggling his fingers and admitting; “I’ve got 10 forks right here, baby!”

It’s a lark watching David hop through eras, but the final punchline isn’t so funny. At the end of the ad, modern-day David is pitched the Bahamas-based cryptocurrency exchange FTX. “It’s a safe and easy way to get into crypto,” it’s claimed. David isn’t convinced: “Eh, I don’t think so,” he says.

“And I’m never wrong about this stuff. Never!” I wasn’t the only one taken aback when it was revealed what David, appearing in his first ever television advert, was actually selling. Among the many tweets calling him out, one Twitter user put it succinctly: “Not Larry doing a crypto ad…LARRY NO.”

Of course, while the conceit of the clip is that David isn’t endorsing investing in cryptocurrency – sparing us the image of him grinning like a used car salesman and telling us to “Sign up now” – we all know that isn’t how adverts work. His presence and celebrity lend an air of respectability to a less than three-year-old company that desperately wants to be taken seriously.

Larry David’s credibility – not to mention his immense fortune – runs deep. After starting out as a stand-up comedian and then briefly, thanklessly, writing for Saturday Night Live in the mid Eighties, he teamed up with Jerry Seinfeld in 1989 to create Seinfeld.

Widely considered to be one of the greatest sitcoms ever made, it was also one of the most lucrative. In 1998, when Seinfeld was syndicated, David reportedly enjoyed a $250m (£183.6m) pay day. He has continued to earn money from the rights ever since, and the deal stipulates he will do so until a full $1.7bn (£1.24bn) has been paid out.

While Seinfeld may have made David the sort of money that would entice many to buy a private island somewhere hot and disappear from public life altogether, he was made of more ambitious stuff.

A decade after creating Seinfeld, he returned as the creator and star of Curb Your Enthusiasm, another all-time great sitcom. It has now run for 11 seasons, two more than Seinfeld managed, and seen David crowned as America’s favourite misanthrope.

David’s brutal pessimism is key to the FTX advert. What is less clear is this; If David is willing to lend his name to a cryptocurrency exchange, is he also happy to be paid in the stuff?

Turning to an in-depth ‘making of’ feature about the advert in the The New York Times, we learn from the headline alone that: “Larry David Doesn’t Get Crypto”. I don’t know about you, but if a salesman wasn’t prepared to use their own product I’d certainly think twice about using it myself.

David isn’t interviewed, but director Jeff Schaffer – a veteran of both Seinfeld and Curb Your Enthusiasm – was happy to talk. “I’m excited to have someone try to explain it to me at some point,” Schaffer said, laughing, when asked to explain exactly what it is they’re selling. Times writer Tiffany Hsu notes: “Needless to say, he was not paid in virtual currency.”

Schaffer adds: “That’s what I should have done – then I would understand it. Maybe. Or I would simply lose it all.” Yikes. It seems safe to assume that David was similarly recompensed in old-fashioned, real-world currency.

David is far from the only A-list star to have taken a pay day from the burgeoning crypto industry, with both Matt Damon and LeBron James appearing in similarly themed adverts. Something all three have in common is enough cold hard cash in the bank not to be too concerned if any cryptocurrency investments end up going sour.

That’s probably not true when it comes to the majority of the 112.3 million people who watched the Super Bowl. For most of us, putting our money into an unregulated currency that’s hard to use and so vulnerable to scams that an “occasional magician” recently stole $4.5bn worth of the stuff represents a “prett-ay, prett-ay, prett-ay” big risk.

That’s before you get into how utterly disastrous it is for the environment, with cryptocurrency now using up nearly as much electricity as Argentina. It all adds up to a bad look for a man already a multi-millionaire many times over, but David is once again laughing all the way to the bank – not to a Bahamian cryptocurrency exchange.

Read full story on The Independent

Gwyneth Paltrow Wants To Gift You Bitcoin This Holiday Season