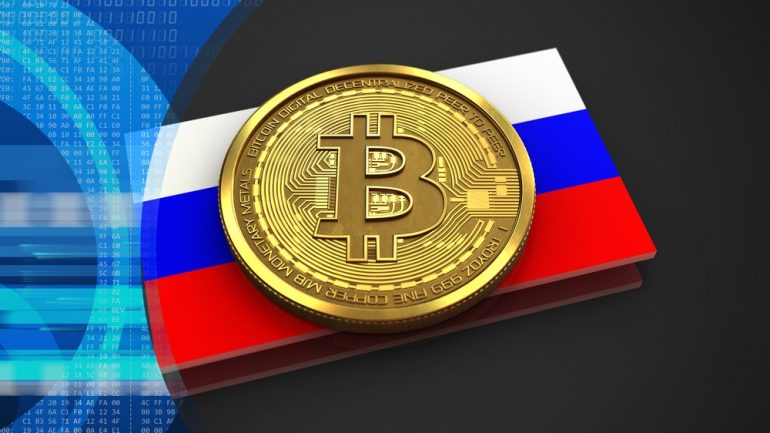 Russia provides an estimated 11% of the blockchain network’s hashpower.

Over half of the Bitcoin network’s computing power comes from three countries: the U.S., Kazakhstan, and Russia. Now, the latter state is pursuing war with Ukraine, leaving crypto industry watchers checking for any disruptions to the network.

For the moment, Bitcoin mining in Russia remains mostly steady, though sanctions could change the calculus for miners—who come into regular contact with exchanges and other entities connected to the traditional financial system as they exchange BTC for cash.

According to the Cambridge Centre for Alternative Finance, Russia was responsible for over 11% of the global Bitcoin hashrate as of July 2021.

Hashrate is a measure of the computing power dedicated to the network, as “miners” run software on specialized hardware in an attempt to win freshly minted BTC—by doing so, they help secure the network from attack.

Compass Mining CEO Whit Gibbs added via Twitter that the company’s own facilities in Russia are “well isolated from any geopolitical unrest.”

Were a large share of Bitcoin miners to suddenly go offline—as was the case with China in the middle of last year—the network would become less decentralized and, as a result, a bit less secure, though Bitcoin has yet to be hacked.

While mining began as a solo hobby (you could run the Bitcoin software on a dedicated computer in your garage and earn some BTC for the trouble), it’s since grown into a multi-billionaire industry dominated by pools—mining as a team sport. That extends not just to Bitcoin but also to Ethereum and other blockchains.

One of those teams, FlexPool, today said it would block people with Russian IP addresses from participating in Ethereum mining; it provides over 5% of the hashpower to the Ethereum network, ranking fourth among all pools.

“We apologize to our Russian miners; many of you do not support the war,” it said in a statement. “However, it is you who are supporting your nation. Without the people, Russia cannot operate.”

That’s an example of one group of miners taking a political stand. But pools have chosen to tow a government line in the past. In October, Antpool, then the largest Bitcoin mining pool with 17% of the network’s hashrate, cut off users in mainland China to comply with China’s Bitcoin ban.

Russia is unlikely to ban Bitcoin mining, at least in the immediate future, as it focuses on winning a costly war and as the West applies sanctions to its banks and businesses. In January, the Russian central bank called for Bitcoin mining and cryptocurrency transactions—which now exist in a legal gray area—to be prohibited. But Russia President Vladimir Putin responded that the bank’s position wasn’t necessarily his own.

According to Putin, Russia has “certain competitive advantages” given its “surplus of electricity and well-trained personnel available in the country.”

How Does Blockchain Technology Ensure Transparency In Cryptocurrency Trade?

With cryptocurrency, a whole new language and technology have come into vogue. While some investors…