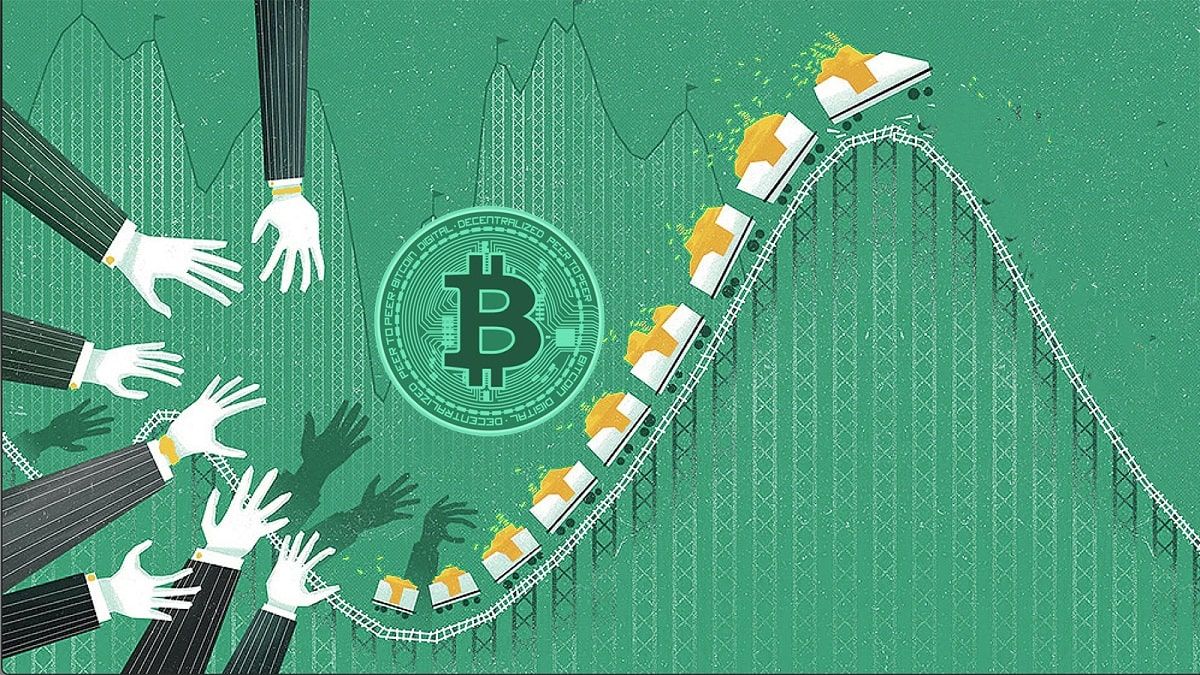 The crypto sector goes from one conundrum to the next as it matures. This week’s surge is the latest example.

Why is it rallying? It’s not because stocks are, for once: The S&P 500 plunged almost 2% Tuesday. Another explanation is that digital assets will gain favor amid sanctions in Russia, perhaps as an alternate currency. Yet another is that after weeks of tracking equities, it has suddenly caught on again as an inflation hedge.

The fact that Bitcoin can perform in line with equities on one day and be impervious to them the next might be logically difficult, but it’s nothing new for anyone who has tried to predict its path. As always with constructing such narratives in a market this young, confidence is a liability, and humility the key.

From what we can tell about crypto’s usefulness in the current environment, there are two stories at play, one led by Russia and the other by Ukraine.

Amid strict sanctions from the U.S. and its allies, the Russian government has restricted citizens’ access to foreign money, forcing them to consider other options to the ruble, dollar or euro for keeping their savings safe.

Crypto might be a way around that, some traders are betting, sending Bitcoin’s market value up as much as 20% across the last two days. Interestingly, those that appeared to profit the most from such moves on Monday were “privacy coins” such as Monero and ZCash — digital tokens that obscure the flow of money across their underlying blockchain networks to maintain the anonymity of their users.

They rose even faster than mainstream coins as untraceable crypto ecosystems seemed set for a sanctions bounce.

Meanwhile, the Ukrainian government and volunteer organizations have accepted more than $30 million worth of crypto donations so far, according to data from Elliptic. While the likelihood is that these acts of charity aren’t behind the crypto boom — the regular person on the street doesn’t need to go to the effort of converting cash into crypto to donate when there are many other traditional routes available — it’s demonstrative of the sector’s ability to act as a force for good.

As for the speculation that crypto will be a useful vehicle for sanctions evasion, that’s a chicken-and-egg situation. For starters, digital assets are heavily reliant on exchanges to act as middlemen for buying and selling, despite the crypto community’s professed decentralization.

Executives at firms like Kraken and Binance have said that freezing Russian accounts, as some in Ukraine would prefer, would go against the spirit of crypto, which has long been positioned as a way to circumvent the censorship that banks and governments can apply. And they’ve said this even as many have contributed to the Ukrainian effort.

But that argument won’t fly for long with regulators. The European Union may speed up crypto regulation so that digital coins can’t be used as a sanctions workaround, and the Biden administration has petitioned exchanges to comply with the sanctions they’ve slapped on Russian individuals and entities.

The path to crypto rules has been a rocky one, but it’s something that companies like Coinbase Global Inc. have seen coming and are increasingly prepared for. Now, as we near the implementation of potentially restrictive guidelines and increased oversight of the industry, crypto firms have a decision to make: grow up and be regulated while dishonoring Bitcoin’s anti-censorship ethos, or continue to rebel and face the consequences.

For those on the ground in Moscow or Kyiv, crypto might look appetizing right now while traditional markets are in turmoil. But as the above — and indeed, the market’s history to date — shows, there’s no guarantee it’s going to stay that way.