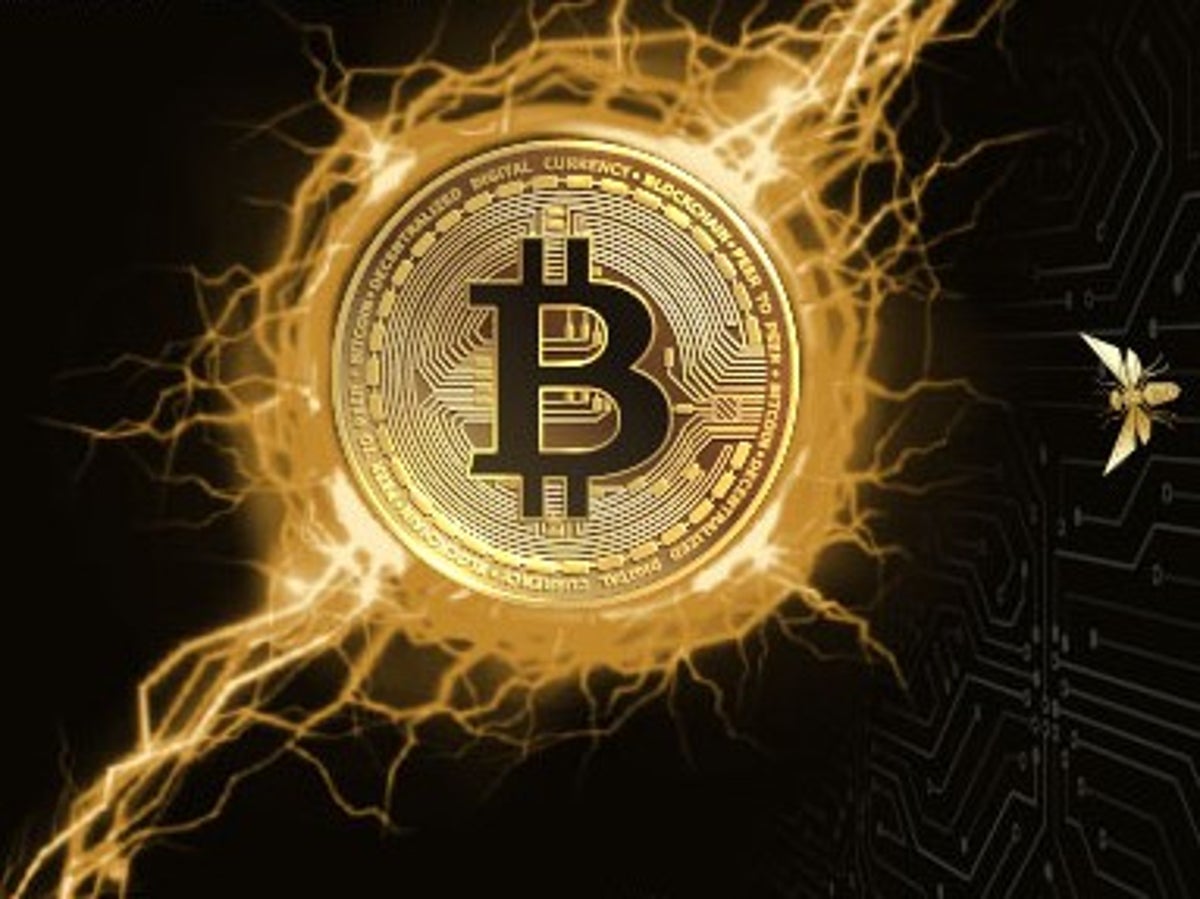 Bitcoin extended a two-day rally, leading broad-based gains in cryptocurrencies as digital assets reasserted themselves as haven assets — and emerged as a potential vehicle for getting around sanctions — amid the intensifying war between Russia and Ukraine.

The largest digital coin by market value rose as much as 8% to $44,964 in New York trading hours, with its rally over the past two sessions adding 20% to its market value at one point and its total market capitalization crossing above $840 billion once again.

Other cryptocurrencies also advanced, with Ether crossing above $3,000. It also broke above its average price over the last 50 days, typically seen as a bullish development.

Elsewhere, Terra’s LUNA has gained 76% over the last seven days, according to CoinMarketCap, nearing its all-time high. Avalanche has also advanced.

Analysts watching the market say the stunning breakthrough can be ascribed to the idea that cryptocurrencies could act as a type of refuge as the war in Ukraine intensifies. Its appeal lies with the fact, the argument goes, that cryptocurrencies are detached from governmental control and therefore not beholden to any of their actions.

Bitcoin “has gold-like properties in that if you hold it you directly control the assets as opposed to governments and banks being in between,” said Stéphane Ouellette, chief executive of FRNT Financial Inc.

“In a period where banking is destabilized in a region, which is obviously happening in Europe right now, it would make sense to see some flows into BTC as people diversify away from the banking system,” he said, adding that speculators can get in front of such trends, which can drive prices higher.

A fresh wave of turbulence hit global markets on Tuesday as the war in Ukraine intensified amid mounting penalties against Russia. Russian troops continued to shell military and civilian facilities alike, Bloomberg News reported, as Ukraine’s President Volodymyr Zelenskiy accused Russian forces of committing acts of terror, and as the Kremlin stepped up its offensive despite a barrage of sanctions directed at Moscow.

Stocks in Europe fell along with U.S. equities, with the S&P 500 declining for the second straight day. Wall Street’s fear gauge, the VIX, also spiked.

Many analysts have long posited that Bitcoin can be a useful asset during geopolitical turmoil. Its outperformance amid the volatility has some bulls pointing to a break from the narrative that crypto is just another risk asset. Adam Farthing, chief risk officer for Japan at crypto trading firm B2C2, said Bitcoin could “de-link from risk” and start trading more like a hedge to geopolitical instability and inflation.

“Bitcoin saw a significant upward move today as it appears to have slightly regained its safe haven status while the Russia-Ukraine conflict continues to intensify,” said Walid Koudmani, an analyst at XTB Market.

Other influences may also be at play. The rally is about “the utility of these assets to serve as a potential workaround for Russia sanctions and also a point of proof that virtual currencies are viable alternatives to fiat currencies like the Russian ruble,” said Nicholas Colas, co-founder of DataTrek Research.

Trading volumes in Bitcoin using the ruble have surged to the highest level since May, suggesting Russians are potentially moving their money into crypto as the ruble plunges to a record low.

Meanwhile, trading volumes overall for Bitcoin and Ether, the second-largest cryptocurrency by market value, have dropped even as their prices rose over the last month, according to a report from CryptoCompare. Average daily aggregate trading volume on crypto products stood around $353 million, down more than 24% from January.

Because Bitcoin’s fundamental and intrinsic value can be elusive, “technicals, a map of market psychology, may be critical,” said Marc Chandler, chief market strategist at Bannockburn Global Forex. He notes that some technicians point to a break above February’s highs potentially being key and possibly signaling a move above $50,000.

While still elevated at 0.55, Bitcoin’s correlation with the S&P 500 has come off after surpassing 0.7 earlier this year, data compiled by Bloomberg show. A correlation of 1 means two assets move perfectly in tandem, while a zero correlation displays their fluctuations are wholly independent.

“It seems the link to risk assets has temporarily been broken,” said Craig Erlam, a senior markets analyst at Oanda. Still, he says any evidence of crypto use as a way to skirt sanctions could drive policy makers to crack down with more regulations.

Amid the price spike, Bitcoin’s 90-day volatility has been trending high as well, Bloomberg data show.

Adam Phillips, managing director of portfolio strategy at EP Wealth Advisors, urges caution, saying that its volatility is the reason he’s being wary.

“It is going to behave somewhat radically,” he said in an interview. “Let’s remember, it hasn’t been around for that long, and we kind of view it as a teenager in a world full of mature assets. And so teenagers are going to behave erratically from of time and you can’t really understand their behavior, and this is really one of those days.”

Should You Start Investing in Cryptocurrency in 2022?

If you follow any sort of financial news, you may be aware that a lot…