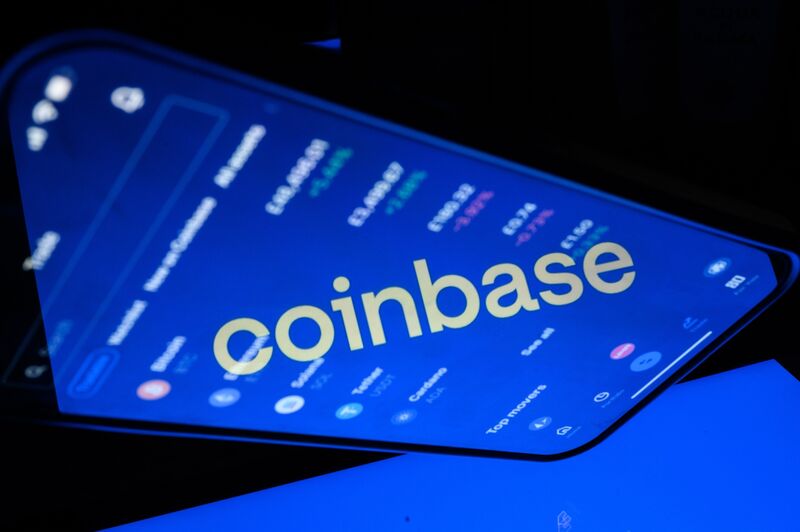 The crypto platform made a splash with a Super Bowl ad, but now says its outlook for the year is uncertain. That should make investors nervous.

But while generating buzz is a good thing, getting attention for giving away money won’t fix the major problems with Coinbase’s business. And the crypto platform’s latest financial results suggest there is no turnaround in sight.

On Thursday, the company beat analysts’ revenue estimates for the three months ended in December — not too surprising as Bitcoin’s price reached a record high in November. But Coinbase also warned that trading volume would decline in the current quarter following a more than 20% drop in crypto market capitalization this year.

Coinbase also provided a hazy outlook for the full year, saying it was difficult to forecast results due to potential macroeconomic headwinds and geopolitical instability. The company’s shares fell about 5% in after-hours trading.

Coinbase shares and Bitcoin have had a similar price performance

Coinbase management may be understating the threat to its business. Since November’s surprising inflation data, prices of digital currencies have fallen sharply. Traders have been reluctant to buy speculative assets when the Federal Reserve and other central banks are expected to raise interest rates to combat rising prices for products and services.

Unfortunately for crypto holders, no one knows how long inflation will remain a major worry.

Beyond falling crypto prices, Coinbase might have to slash fees to stay competitive. For now, Coinbase charges one of the higher trading commissions in the cryptocurrency sector, while competitors like Robinhood Markets Inc. now offer zero-commission trading.

Last December, a Coinbase executive said she expected fees to fall at “some point.”

Of course, markets have already been factoring in some uncertainty. Coinbase shares have dropped roughly 30% since the start of the year and are now trading at a more reasonable 24 times 2022 earnings estimates.

But while it may be tempting to buy the dip on a valuation basis, investors might want to stay cautious instead. If digital currency prices drop from here, Coinbase could lose a lot of money.

Management cautioned that in a bad scenario it could lose $500 million in adjusted earnings before interest, taxes, depreciation and amortization this year. That they are mentioning that possibility is a bad sign.

In becoming an NFT, Steve Smith is stumbling into a culture war he may not fully understand