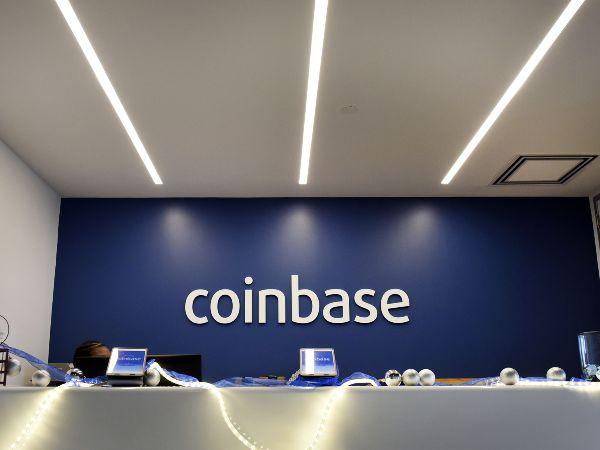 Coinbase Global Inc. shares slumped about 3% in post-market trading after the biggest U.S. cryptocurrency exchange cautioned that trading volume will decline in the first quarter.

The disappointment comes even after the company reported revenue jumped to $2.5 billion in the fourth quarter, compared with a $2 billion average estimate by analysts.

The closely-watched metric of monthly transacting users was 11.4 million, beating the average analyst estimate of 9.8 million and up from 7.4 million in the third quarter.

“We believe that retail monthly transacting users and total trading volume will be lower” in first quarter compared with the fourth quarter, Coinbase wrote in an investor letter. The exchange has already seen a decline in crypto asset volatility and prices so far in the current quarter.

“Where the crypto markets are, the outlook for 2022 doesn’t look as good as for 2021,” said John Todaro, an analyst with Needham & Co., who has a ‘buy’ rating on Coinbase.

Coinbase increased its own corporate crypto investment by nearly $350 million “in the last few weeks,” Chief Financial Officer Alesia Haas said on the earnings conference call, without specifying the coins it bought.

Coinbase’s shares have mirrored the moves of Bitcoin since the company went public last April. The stock has dropped about 30% this year amid a retreat in cryptocurrency prices. Coinbase slumped to around $172.02 in after-hours trading.

For the full year, Coinbase expects average transaction revenue per user to fall to “pre-2021 levels.” It forecasts a wide range of annual average retail monthly transacting users of 5 to 15 million.

“It’s too early to call,” Haas said in an interview. “We continue to not see any pricing pressure on our core retail products,” reiterating the company’s earlier message that there will be fee compression “over the long term.”

Investors have been concerned about a potential crypto winter, which could dampen enthusiasm from retail traders. Crypto has been caught in a risk-off trade due to macroeconomic conditions such as concerns about inflation, interest rate hikes and geopolitical instability, but “we are very experienced in our ability to execute through volatility,” Haas said.

Most of the company’s revenue comes from trading, especially by individuals. Coinbase has been diversifying revenue streams through subscriptions and services such as custody. It’s preparing to launch an NFT marketplace and entered a partnership to allow users to make purchases through Mastercard Inc. cards. The company is not providing a launch date for the platform yet.

The exchange said that so-called altcoins — tokens other than Bitcoin and Ethereum — made up 68% of trading volume in the fourth quarter, the highest percentage reported.

Coinbase has been laying the groundwork to expand into derivatives. In January, it acquired futures exchange FairX, a regulated entity, in its biggest step yet toward expanding into crypto derivatives. Exchanges outside the U.S. such as Binance and OKEx have the lion’s share of the derivatives market. FTX.US, one of Coinbase’s U.S. competitors, also offers derivatives trading through its acquisition of LedgerX LLC.

Bitcoin Is Moving in Tandem With Stocks Like Never Before

Bitcoin’s movements are now mirroring those of U.S. stocks to an unprecedented degree. A 40-day…

Bank of Russia Seeks to Outlaw Mining and Trading of Crypto