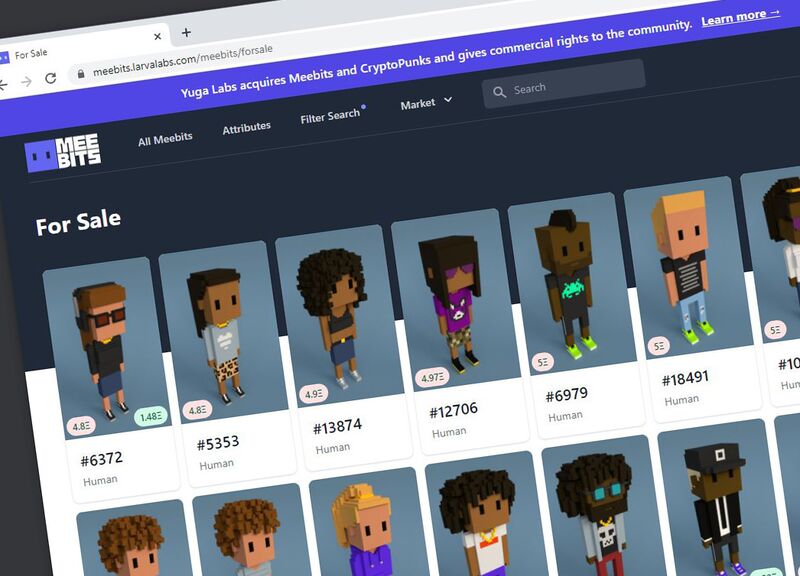 An online commotion around seemingly irregular trading of a NFT collection prior to the acquisition of the project is shining light again on a perceived lack of regulatory clarity in one of the most explosive corners of crypto.

During the days leading up to the March 11 purchase by Yuga Labs of the intellectual property of the Meebits collection from Larva Labs, more than a dozen addresses on the Ethereum blockchain purchased a large amount of the nonfungible tokens.

The price floor, or the lowest price a seller is willing to accept, went as high as 6.134 Ether, or about $15,800, on March 12, according to NFT Price Floor. That’s nearly double two days earlier.

Whether that was just good timing or individuals acting off information, legal observers said that may be hard to quantify because of the anonymous nature of crypto and the vague regulatory framework around NFTs. U.S. authorities have said existing regulations are a solid precedent for rules about cryptocurrencies.

“There is currently quite a bit of uncertainty as to whether some of these NFT products are improperly not registering as securities,” Darren Heitner, an IP lawyer in Fort Lauderdale, Florida, said in an email message.

The unregulated world of digital collectibles has been dogged by speculation insiders are making huge profits off of the industry’s wild valuation swings. The prices of many NFTs have soared in the past year as collections like the CryptoPunks and Pudgy Penguins drew a deluge of speculative cash. It has also been haunted by speculation that traders buy and sell the same asset to create the illusion of heightened demand in what is known as wash trading.

Last year, the leading NFT marketplace OpenSea banned employees from trading NFT collections being promoted by the platform and from using confidential information to trade, after it found an employee traded some items before they were featured on OpenSea’s home page.

In this latest instance, the Twitter account @NFTethics called out people who bought Meebits before the deal was announced. Still, speculation about the transaction was widespread on Twitter and messaging platforms such as Discord hours before the acquisition was announced.

Based on data compiled by blockchain security firm PeckShield, 14 Ethereum addresses, with no previous history of mainstream NFT collection purchases, bought 159 Meebits between March 5 and March 11. The top address, as shown on Etherscan, purchased 24 Meebits at once on March 5.

— With assistance by Misyrlena Egkolfopoulou. Read full story on Bloomberg

While blockchain monitoring has increased a great deal during the last few years, cryptocurrency mixers…

Play-to-earn crypto games are shaking up gaming business models. Where does the value comes from for investors