Crypto Gets New U.S. Oversight at Agencies That Once Held Back 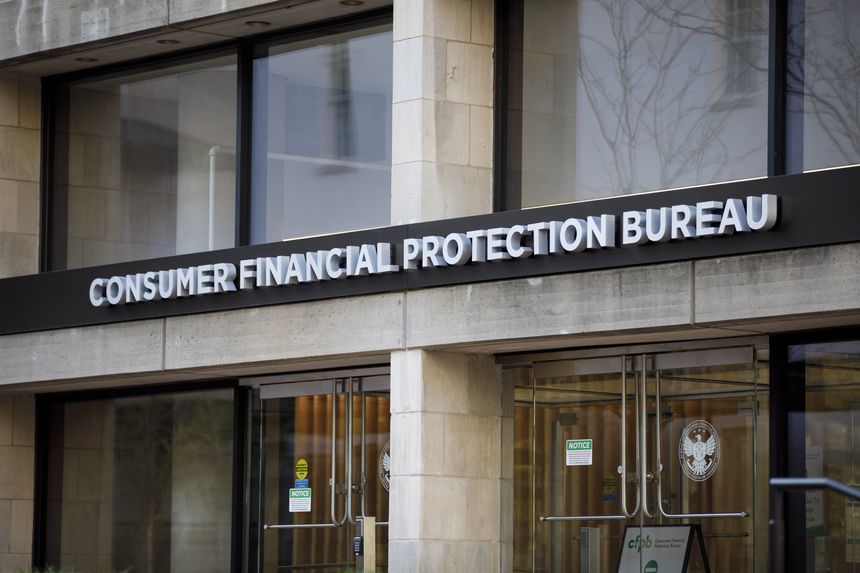 The Federal Trade Commission and the Consumer Financial Protection Bureau have largely taken a back seat to other financial regulators when it comes to crypto. But Biden’s March 9 order directed the CFPB and FTC to study how they can police crypto transactions for fraud and abuse, a mission both agencies are equipped to do.

“They’ve taken the position that crypto is not a consumer product, but as of [March 9] that position is done,” said Laurel Loomis Rimon, a partner with Paul Hastings LLP and a former CFPB attorney.

The FTC and CFPB have unique powers to protect consumers against “unfair” and “deceptive” acts and practices—with the CFPB also having additional powers to go after “abusive” acts and practices. Those broad enforcement authorities could play a major role in overseeing digital money and crypto exchanges, in key areas like fraud protection and consumer privacy.

Crypto has been treated almost solely as securities and commodities, leaving room for frauds that aren’t covered by regulators.

But cryptocurrencies have steadily been gaining acceptance among consumers, with some studies finding that as much as a quarter of the U.S. population having exposure to them.

The FTC reported a tenfold increase in crypto scams from 2020 to 2021, including a number of get-rich quick schemes and fake celebrity endorsements involving lesser-known currencies.

“If you’re tamping down on the worst excesses of how consumers and investors are being treated, that makes it less likely that you’re going to have bubbles that cause a financial crisis,” she said.

The CFPB and FTC have largely ceded the field to the Securities and Exchange Commission and the Commodity Futures Trading Commission because cryptocurrencies have so far largely been used for “speculative trading purposes,” CFPB Director Rohit Chopra said in a March 11 interview on Bloomberg Television.

Biden’s order changes the regulatory calculus. It listed consumer protection first among the areas where cryptocurrencies have had “profound implications.”

The order is “a recognition that crypto is, for some segment of the population, starting to replace traditional systems for consumer transactions,” Loomis Rimon said.

The CFPB and FTC can stake a regulatory claim in privacy enforcement of the crypto market, as they have data protection responsibilities in their DNA.

For example, the FTC’s Safeguards Rule requires financial institutions under the agency’s jurisdiction to have measures in place to keep customer information secure.

Both agencies also can bring claims that a cryptocurrency firm engaged in unfair and deceptive practices—and in the CFPB’s case, abusive practices too—if customer information wasn’t properly protected leading up to a data breach.

There have been a number of cybersecurity breaches on crypto exchanges, with customers often finding their accounts locked or frozen as companies halt services to fix problems.

Earlier this year, Crypto.com said customer accounts with about $34 million in cryptocurrencies and cash were hit by unauthorized withdrawals. The crypto exchange, with more than 10 million users, suspended activity for 14 hours to investigate the hack.

An “unfair, deceptive, or abusive acts or practices” (UDAAP) violation can carry major penalties, and the standard can also be applied beyond the privacy sphere, said Christopher Odinet, a professor at the University of Iowa College of Law.

“UDAAP is all purpose,” Odinet said.

The CFPB is also working on open banking rules that will allow consumers to control how they share their personal banking data with fintech companies and apps. Much of the focus has been on banks, fintech and payment apps, but the rules could also have big implications for crypto firms, said Jenny Lee, an ArentFox Schiff LLP partner and former CFPB enforcement attorney.

“Every time the consumer has a touch point with one of these services, there is potential for the company to be collecting consumer (personally identifiable information),” she said of crypto exchanges and trading apps.

“The bureau has these enumerated categories of financial products, and you could probably get crypto in under several of them,” he said.

The CFPB could take an especially active role in the space where consumers convert cryptocurrencies into government-issued “fiat” currencies, added Loomis Rimon.

Biden’s order charged the CFPB and other regulators, including the FTC, to study consumer protection, data privacy and competition issues in the crypto market.

The CFPB is likely to look at how Facebook, PayPal, Google and other so-called big tech companies play a role in cryptocurrency adoption, Chopra said.

“We think it’s probably going to happen—if it happens—by riding the rails of some of the big tech companies or some of the other big players,” he said on Bloomberg Television.

In some areas, the CFPB is likely to run into regulatory overlap with other agencies. Goldberg pointed to lending products offered by crypto exchanges and other firms.

The CFPB could claim authority over digital wallets through its prepaid card rule, even if the wallet is offered by an SEC-regulated exchange.

The CFPB’s main focus will be “to the extent that cryptocurrencies are used in payments or things that look like traditional financial transactions,” said Duane Pozza, a Wiley Rein LLP partner and former FTC enforcement attorney.

One of the most promising aspects of the Biden executive order is that it will force agencies like the CFPB, FTC and SEC to “start drawing distinctions on who does what” on crypto regulations, said Jackson Mueller, the director of policy and government relations at Securrency, a blockchain-based financial services market infrastructure company.

Why You Should Consider Crypto’s Potential, Plus The Crimes And Carbon Footprint Involved

The nascent crypto ecosystem remains unregulated in the United States, which poses some serious risk for crypto…

Affirm Debuts App That Will Speed Up Its Planned Crypto Offering