Race to Supply the First U.S. Single-Stock ETF Is Heating Up 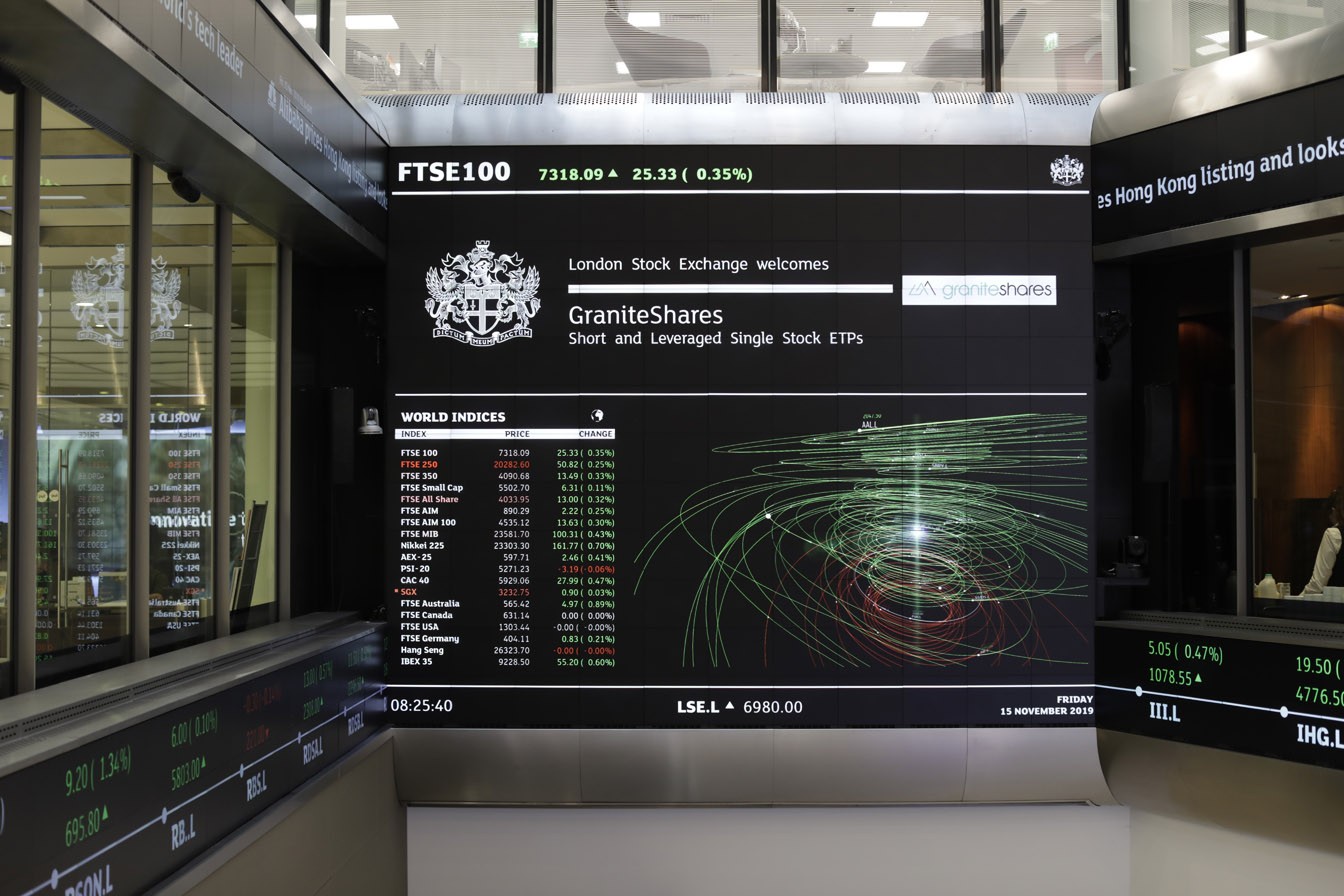 Another firm has jumped into the race to deliver the first U.S. exchange-traded funds that would allow investors to make leveraged bets on a single stock.

GraniteShares is planning 19 funds that would offer double the daily return on single companies including Coinbase Global Inc., Palantir Technologies Inc. and Tesla Inc., and one fund that would offer the inverse of Tesla, according to a Friday filing with the Securities and Exchange Commission.

The firm is already the largest provider of single-stock exchange-traded products in the world with a number of listings in Europe. Its SEC request comes after AXS Investments and Direxion both made similar filings in the past month, bringing the total number of recently planned single-stock funds to 62.

GraniteShares is “like ‘wait that’s our thing’” said Eric Balchunas, senior ETF analyst at Bloomberg Intelligence. “Time is of the essence when you have these products” in the race to gain liquidity.

Uncertainty around whether the SEC will approve single-stock funds hasn’t deterred the rush of filings. Precidian ETFs Trust filed in 2017 for a slew of ETFs that each correspond to the American depositary receipts of a foreign company, but it’s still pending clearance by the authorities.

There are existing leveraged and inverse ETFs, which use derivatives to amplify returns or reverse performance, typically targeting an index or a fund. But, they were falling out of favor after getting caught up in past market blowups. Now they’ve been making a comeback.

GraniteShares’ lineup includes funds that target some of the most U.S. traded stocks such as Tesla, Apple Inc., Nvidia Corp. and Amazon.com Inc., overlapping with the planned offerings from AXS and Direxion.

GraniteShares’ slate also includes a product that would be linked to Coinbase, which is “a potential big hit right there, because this would be the closest way to do leveraged Bitcoin,” Balchunas said, noting there are no currently-approved leveraged Bitcoin futures ETFs.

The latest filings are a sign of how intensely competitive the $6.9 trillion U.S. ETF market has become.

It’s “emblematic of just how little white space is left on the ETF menu,” said Ben Johnson, director of global ETF research at Morningstar. “For years, ETF providers have been slicing, dicing and are now julienning global market exposures to come up with as many new ETF ideas as they can.”

‘The One’ heads for February auction. But Nile Niami hatches a crypto counterplan

Nile Niami needs someone to walk into the stratosphere with him. That’s the developer’s latest…

Why Bitcoin’s Environmental Problems Are So Hard to Fix