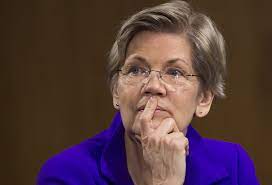 Sen. Elizabeth Warren (D-MA) is preparing a bill in response to fears that Russian nationals may be using cryptocurrency to evade sanctions.

The draft legislation, first reported by NBC, would require banks and other financial institutions to both identify customers and transfers to private wallets, and regularly report information to the Treasury Department. But crypto firms insist that there’s no evidence of sanctions evasion on their exchanges.

“Criminals can use cryptocurrency to move money in the shadows, opening a door for Putin & his cronies to evade economic sanctions,”Warren wrote in a tweet Tuesday afternoon. “I want answers from @USTreasury on how they’ll ensure crypto doesn’t undermine our response to Russia’s invasion of Ukraine.”

While the bill’s text hasn’t been released yet, NBC reports that one of the provisions is identical to a proposed Treasury Department rule that requires banks to regularly identify suspicious transactions that it believes is linked to sanctions evasion. If passed, the legislation would codify the rule.

Lawmakers are worried that the Treasury Department’s Office of Foreign Assets Control lacks the muscle to hunt down crypto criminals. A letter by Warren and three other Senate Democrats asks the Treasury Department to list ways it plans to counter sanctions evasions through crypto platforms, including how it plans to work with foreign governments.

The senators also detailed the methods they suspect Russians are using to skirt sanctions, including using the dark web to move funds, ransomware attacks and the Bank of Russia’s new digital ruble.

In the wake of 9/11, the passage of the PATRIOT Act required banks and financial institutions to adopt customer identification programs. Requiring banks to disclose suspicious transactions into private crypto wallets is not without precedent, even if it’s disagreeable to some parties.

The cryptocurrency industry, which largely views anonymity (or at least lack of government intervention) as one of its central tenets, understandably is less than enthusiastic.

While Coinbase, Binance and Kraken are cooperating with government officials to make sure individuals targeted by sanctions aren’t using their platforms, they have refused to ban Russian accounts altogether.

Crypto platforms also argue that widespread Russian sanctions evasion simply isn’t happening. One example: Coinbase recently announced that it blocked 25,000 crypto addresses it believed to belong to Russians engaging in illegal activity, but also added that it identified the majority of them before Russia’s invasion of Ukraine. Furthermore, the Coinbase said it didn’t notice a surge of new illicit activity following sanctions on Russia.

Blockchain data platform Chainalysis noted a considerable tick in crypto transactions using the Russian ruble and the Ukrainian hryvnia in the last week of February, just as Russia advanced on Ukraine.

Still, the platform was quick to point out that the surge in potentially illicit trading could also be due to average Ukrainian and Russians buying crypto in order to preserve their savings while both fiat currencies lose value.

Crypto Selloff Pushes Bitcoin to a Six-Month Low of $38,000

Bitcoin tumbled in an extended selloff for cryptocurrencies, falling past $38,000 to its lowest level…

Environmentalists sound alarm at US politicians’ embrace of cryptocurrency