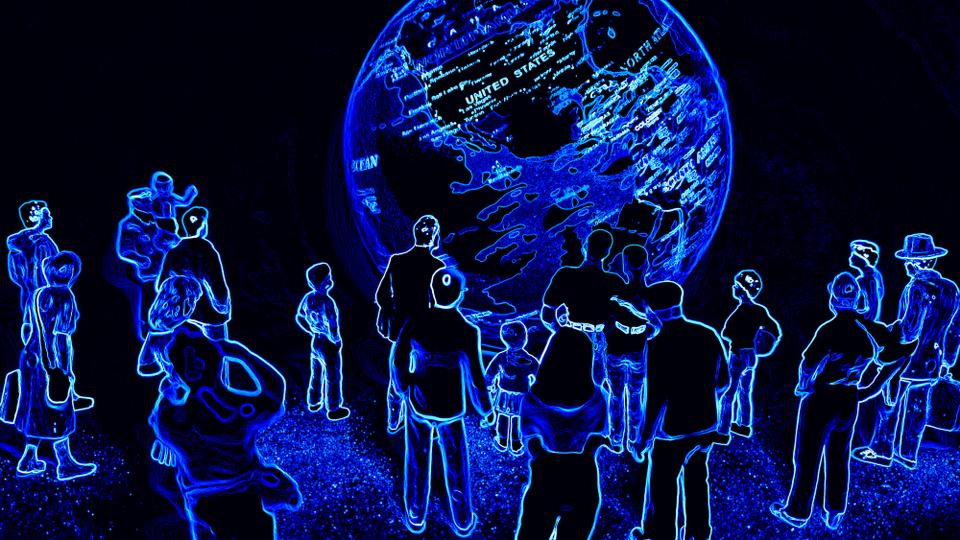 Global markets have had a rocky start to the year as the prospects of tighter monetary policy prompted investors to ditch risky assets – but the fast-growing world of “metaverse” investing has been running on its own timeline.

Metaverse-related assets such as currencies which can be used in virtual worlds, and NFTs representing virtual land, took only a small hit as risk appetite dropped in January, while the broader market for digital goods has seen volumes surge.

Facebook changing its name to Meta Platforms Inc (FB.O) proved a bigger driver of investment in the metaverse than broader financial market conditions.

Non-fungible tokens (NFTs) surged in popularity last year and this growth shows no signs of slowing, with sales on the largest marketplace, OpenSea, hitting a record $5 billion in January even as the tech-heavy Nasdaq posted its biggest monthly drop since 2018.

NFTs are a niche crypto asset which use blockchain to record the ownership of digital files such as images and video. Some enthusiasts see them as an integral part of a largely hypothetical version of the Internet, called the “metaverse”, where property such as virtual land, clothing and artworks could be owned as a crypto asset.

A small number of enthusiasts have driven the volume growth. In the past month, there were around 400,000 active wallets in NFT markets on the ethereum blockchain, according to market tracker NonFungible.com – and one person can own multiple wallets, making volume data an unreliable proxy for demand.

As the prospect of the U.S. Federal Reserve hiking rates spooked investors in late January on the back of soaring inflation readings, bitcoin dropped too – counter to the theory that the highly volatile cryptocurrency could act as a store of value, like gold.

Blockchain-based metaverse worlds such as The Sandbox and Decentraland have their own cryptocurrencies, which players can use to buy assets such as land or “wearables” for their avatars.

Popular metaverse-related coins, Decentraland’s “MANA” and The Sandbox’s “SAND” are highly volatile, but appear more driven by business sentiment surrounding the metaverse than by central banks.

Although they dipped in line with other risky assets, this move was small compared with the massive spike they saw in late 2021 after Facebook’s name change, prompting a new wave of interest in metaverse-related investments.

Metaverse coins have seen astronomical growth during the pandemic: the game Axie Infinity’s coin “AXS” is up around 3,000% in the past year, at $61.03 compared with $1.97 this time last year, according to CoinGecko data.

How much is a piece of virtual land worth?

The price of an NFT representing a unit of land in blockchain-based virtual worlds also surged last year, with investors comparing the scramble for a well-placed patch of land to the way people bought up domain names in the early days of the Internet.

Yet since late 2021, the price growth has slumped. The average price of a plot of land in Decentraland last week was $18,268, according to NonFungible.com, compared with the peak of $21,405 in November last year.

“There are more buyers for virtual land this year than in the past, but with ‘sell’ pressure being high with many overextended purchasing last year it’s a challenge to sell at a profit in the current market,” said a long-time NFT investor known as Trislit, who reckons his virtual land portfolio is worth around $900,000.

The number of land NFT sales has fluctuated between roughly 1,000 and 2,000 per week so far this year.

“The fall in prices has dropped the liquidation value of my portfolio pretty significantly,” Trislit said. “But since I don’t plan to sell anytime soon I have not felt the hit personally.”

Zynga, the online and mobile game developer behind titles like FarmVille and Words With Friends,…