What Stagflation Could Mean for Crypto Markets 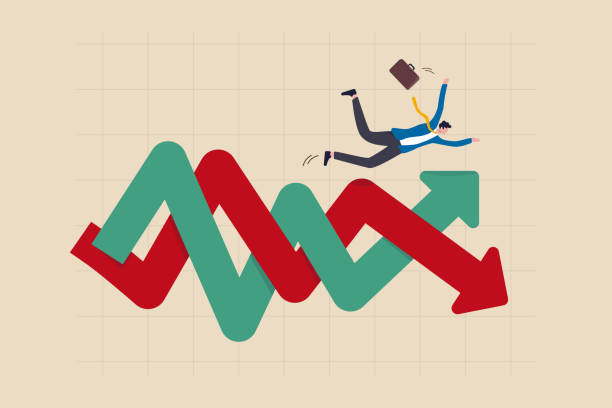 If you thought inflation was the worst thing that could happen economically as the world grapples with a post-pandemic recovery, get ready for stagflation.

The term hasn’t been needed much since the 1970s.

Stagflation describes an economy with higher-than-normal inflation and unemployment rates but little to no economic growth. The last time the U.S. economy entered such a state was in the 1970s, when former President Richard Nixon took the United States off the gold standard.

The term has recently become a hot topic again among economists and analysts, and it’s not something to look forward to. With bitcoin seen by many digital-asset investors as a hedge against inflation, and by others as a risky asset whose price could fall during a lousy economic stretch, the “S-word” might soon start creeping into the lexicon of the crypto-markets narrative.

Since 1960, the Standard & Poor’s 500 Index of large U.S. stocks has averaged +2.5% per quarter, but during periods of stagflation, it saw a 2.5% decline, Scott Bauer, a former Goldman Sachs trader who’s now CEO of Prosper Trading Academy, told CoinDesk.

With the consumer price index rising 7.5% over the past 12 months, the highest inflation since 1982, analysts are already worried, and recent tensions in Eastern Europe make things even more dicey. Oil prices went over $100 a barrel after Russian president Vladimir Putin decided to invade Ukraine, and the possibility of losing access to other Russian commodities has been driving prices for other raw materials as well.

“Stagflation is a reality,” said Bob Iaccino, chief strategist at Path Trading Partners and co-portfolio manager at Stock Think Tank. “Because of the positive correlation between crypto and the NASDAQ (it keeps getting tighter and tighter as time goes on) the stagflation playbook could certainly hurt the crypto markets,” he wrote in a note.

He predicts high demand for Treasury bonds, U.S. dollars, gold, consumer staples and real estate, and he’s bullish on small-cap stocks – companies with a market capitalization below $2 billion – and tech.

“In periods of stagflation, the demand for defensive assets increases,” he said. “If rates go up and the economy slows, many asset prices may decline, including bitcoin.”

Is cryptocurrency an alternative to remittances or an additive factor?

Governments around the world have been looking at adopting, regulating and even banning cryptocurrencies since…