Bitcoin Could Soar To $50,000 In March As Extreme Volatility Hits 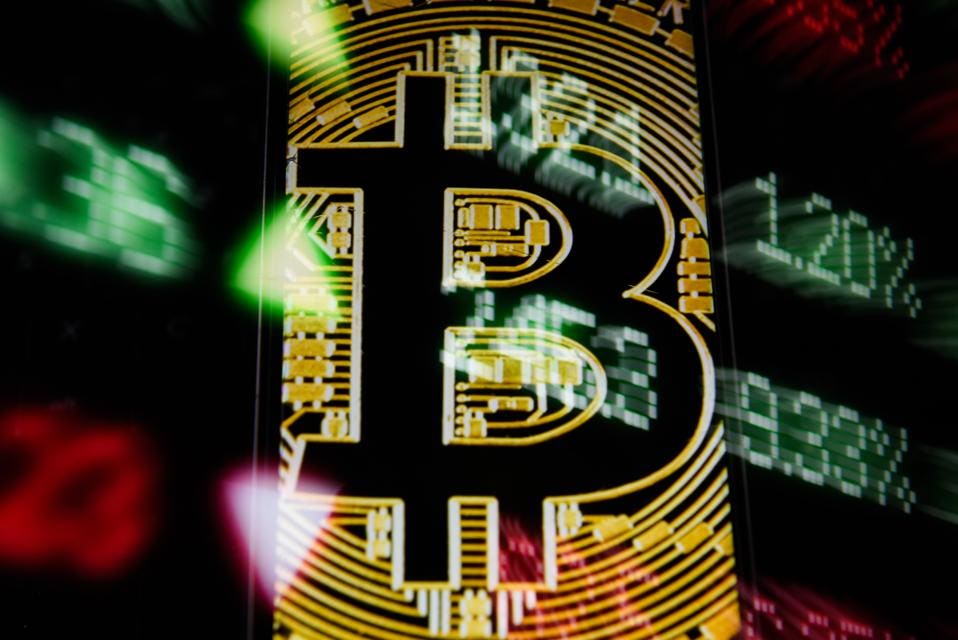 The bitcoin price, after dropping to lows of $35,000 per bitcoin last week, bounced to $45,000 this week on the back of a surge of bitcoin interest from sanction-fearing Russian billionaires and oligarchs. Other top ten coins ethereum, BNB, solana, cardano and XRP have also seen severe price volatility.

The bitcoin price has now dropped back as fears mount the Russia-Ukraine situation could spark harsh new crypto regulation. However, many bitcoin and crypto investors are feeling upbeat—and making bold crypto price predictions.

“As it currently stands, I can see no reason why this price momentum should falter,” Nigel Green, the chief executive of financial advisory group deVere, said in emailed comments, predicting the bitcoin price will hit $50,000 before the end of March.

“It’s still too early to say whether it will then go on to reach the all-time highs of $68,000 from November 2021. However, it’s not that big a leap from $50,000 to $68,000 and the world and the crypto market are moving at an accelerated rate in recent times. It’s certainly not out of the realms of possibility.”

Green pointed to the Ukraine-Russia situation and the “significant financial upheaval” it’s caused as the reason for the bitcoin price’s latest rally.

“As banks close, ATMs run out of money, threats of personal savings being taken to pay for war, and the major international payments system SWIFT is weaponized, amongst other factors, the case for a viable, decentralized, borderless, tamper-proof, unconfiscatable monetary system has been laid bare,” he said, adding “the dollar’s reserve status could, ultimately, be in jeopardy.”

Meanwhile, the bitcoin and crypto market has come under pressure along with equity markets from comments made by the chair of the Federal Reserve, Jerome Powell, who said the Fed would move forward with planned interest rate hikes this month.

“Bitcoin is developing a correction,” Alex Kuptsikevich, senior financial analyst at FxPro, wrote in an emailed note. “The momentum of pressure on the crypto market was due to the decline in stock indices, as the Fed gave signals of tightening policy. Technical factors also contributed to the negative dynamics—the inability to overcome the strong resistance of the 100-day moving average and mid-February highs around $45,000.”

Last week, “bitcoin seemingly uncoupled from the S&P 500, hinting at the possibility that the Russia–Ukraine conflict has driven demand for the digital gold alternative and subsequently prompted an industry-wide rally,” analysts at Messari wrote in an emailed note.