Bitcoin May Serve Many Masters in the War in Ukraine 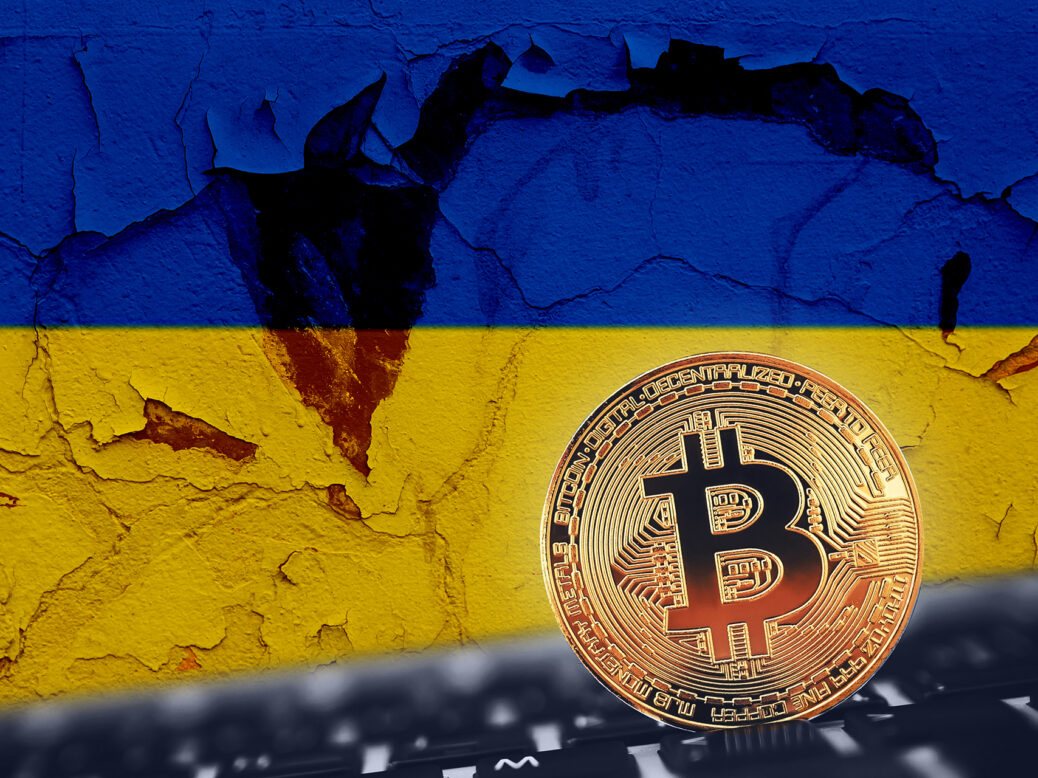 Cryptocurrencies face a bad rap, but they’re showing the world they have the ability to be a force for good.

Bitcoin has found its calling: As Ukrainians face escalating violence at the hands of Russian forces, the world’s premier cryptocurrency has become a key way for people to bypass centralized financial systems, store wealth and raise funds amid an unfolding humanitarian disaster.

With Washington leading worldwide sanctions against what it described as “Russian elites and their family members,” some have expressed concern that the supposed shady-nature of cryptocurrencies like Bitcoin could allow President Vladimir Putin and friends to evade those embargoes.

Senator Elizabeth Warren is among those to voice her disquiet, calling on the U.S. Treasury Department to explain how it will clamp down.

She needn’t worry. U.S. law enforcement has already proven to be quite adept at tracking crypto-smugglers and catching miscreants.

Last year’s Colonial Pipeline Co. hack proved to be a golden moment for the Federal Bureau of Investigation. Having locked and encrypted the pipeline operator’s files, the perpetrators demanded payment in Bitcoin. They got it. And left a digital trail for investigators to follow.

Each transaction, you see, is tied to the originating and destination wallet and then stored publicly on the blockchain. Within a month, the U.S. Justice Department had seized the ransom of 63.7 Bitcoins, worth $2.3 million at the time.

As far as financial transactions go, Bitcoin is about as transparent as you can get. It takes a little extra sleuthing to uncover the owner of the wallet, but anti-money laundering and know-your-customer rules mean that most crypto-exchanges around the world have a database connecting accounts to people.

Add to that, the relatively thin trade in cryptocurrencies compared to daily turnover in major fiat currencies like the U.S. dollar or euro, and concerned citizens like Senator Warren can rest assured that rich oligarchs won’t easily smuggle their vast fortunes out of Russia under the cover of a public ledger.

That’s not to say it’s impossible. Less-popular alternatives like Monero and DASH offer a lot greater anonymity, but have far lower turnover and market capitalizations.

Monero’s market cap is a mere $2.8 billion, with CoinMarketCap data showing recent daily turnover of around $125 million. Using such currencies to “move money in the shadows” would be quite a challenge.

Yet Bitcoin and Ether have proven to be a boon to those most in need. Trade in Ukraine’s Hryvnia against those two, as well as the U.S.-dollar linked Tether stablecoin, spiked in the days leading up to the invasion as citizens sought a safe and portable place to put their savings.

With Russian forces shelling buildings and attacking infrastructure, access to the legacy financial system including electronic payments and cash-dispensing machines could no longer be guaranteed.

But once fiat is converted to crypto and stored — on a phone or hardware device — that money could be kept safe.

Within two weeks of the invasion, more than 1.5 million Ukrainians fled the country with little more than a piece of luggage and the clothes on their back. It’s unclear how many had converted their cash to crypto, but those who did would have been able to carry that money across the border.

Russians, meanwhile, were also preserving at least some of their wealth amid a falling ruble and pending economic collapse. It’s arguable that measures aimed at punishing powerbrokers in and around the Kremlin weren’t designed to hurt ordinary Russian citizens, so the existence of Bitcoin was seen as a lifeline.

While initially declining to impose sanctions on their customers, because it “would fly in the face of the reason why crypto exists,” exchanges later said they’d follow the rules and block those believed to be engaging in forbidden activity.

In a lengthy blog post, Binance Holdings Ltd. founder and chief executive officer Zhao Changpeng noted that it would abide by the embargoes, but not ban Russian users wholesale because it doesn’t have any authority to so.

That action — alongside Coinbase Global Inc. announcing it had halted more than 25,000 wallet addresses — showed global regulators that rather than being a vehicle for illicit transactions, the cryptocurrency industry was ready and willing to act as a responsible global community.

A third area where cryptocurrency has served a useful purpose during the Ukraine war is to fund the nation’s defenses. More than 120,000 individual digital donations totaling $60 million have been received by the government in Kyiv and an organization providing support to the military, according to analytics provider Elliptic Enterprises Ltd.

Non-fungible tokens, a cousin of cryptocurrencies, are also being used to help raise war bonds, Trung Phan notes in a recent Bloomberg Opinion column. Rather than offering large yields to buyers of Ukrainian debt, the government may instead give out digital assets that could be exchanged for fringe benefits like discounted travel or pieces of art.

Having battled a reputation for being the Wild West of the financial industry for the past decade, the global cryptocurrency community is on the cusp of showing the world it can serve the needs of multiple stakeholders and be an apolitical force for good.

He Paid $69.3 Million for an NFT So You Can Download It for Free