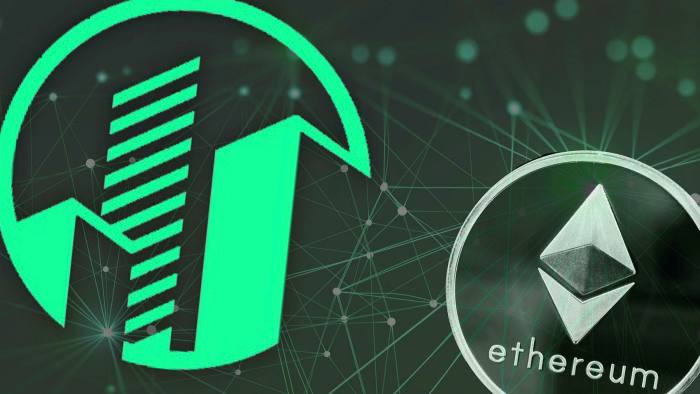 Near the edge of Yellowstone National Park in Wyoming, a group of cryptocurrency enthusiasts have launched a new experiment in city building — just don’t ask who is going to be mayor.

The collective, CityDAO, has no official leader. Its members organise themselves using the chat app Discord. Every major decision must go up for a vote.

Nonetheless, the group of 5,000 successfully mobilised in under four months to purchase a 40-acre plot of land in Park County, Wyoming, near the Montana state border.

Members are still debating what comes next, but the DAO’s lofty goals include widening access and lowering the costs of property ownership and developing new systems for public finance. And they want to do it all using cryptocurrency software.

“It’s a community experiment,” said Scott Fitsimones, the unofficial founder of the project.

CityDAO is one of the most visible examples of the hundreds of so-called decentralised autonomous organisations, loose groups of cryptocurrency users who band together for a central purpose, whether it be governing an open-source software program or buying real-world assets.

The groups have recently soared in popularity among cryptocurrency die-hards, who envision a future where software code plays a larger role in governing large organisations.

DAOs can have more “accessibility and transparency” than corporations, said Linda Xie, co-founder of the cryptocurrency investment group Scalar Capital. “No one is controlling it,” Xie said. “It’s like a collective decision making.”

But even some of cryptocurrency’s most ardent supporters have struggled to define DAOs, and the projects still face many legal hurdles in the US, where companies and other organisations must adhere to strictly defined regulations.

“It’s not a binary thing, like you’re a DAO or you’re not,” Xie said. “People use the term very freely.”

Advocates for DAOs said they are more democratic than corporations, allowing practically anybody in the world to participate in decision making. They also argue that blockchains make it easier to create permanent, unalterable records and govern the large, loosely arranged groups.

DAOs take on many forms, but they usually organise on digital ledgers such as the ethereum blockchain that allow developers to write software programs, or “smart contracts”, that automatically execute transactions when the right conditions are met. Many issue cryptocurrency tokens that give owners the ability to participate in governance.

“Web3 is starting to turn users and contributors into investors, and vice versa,” said Ian Lee, co-founder of the DAO software company Syndicate, referring to a term for token-based cryptocurrency apps that aim to create a new version of the internet.

In practical terms, most DAOs look like chat rooms with a shared bank account. Most importantly, according to members, DAOs should not be controlled by any single person, though in practice some look more like centralised corporations with venture capital backers and other insiders owning significant chunks of tokens.

DAOs are currently tiny compared with the rest of the corporate world, with a total of $12.1bn in cryptocurrency assets in reserves and about 1.6m members in groups tracked by the data service DeepDAO.

However, they have already captured the attention of Wall Street. Bill Ackman, the billionaire hedge fund manager, has invested in Syndicate, which wants to make it easier for people to create investment DAOs.

In November, a group known as ConstitutionDAO raised $47m to buy an original copy of the US Constitution, only to be outbid at auction by Ken Griffin, founder of the hedge fund Citadel.

Some DAO members have complained that they can be unwieldy to manage compared with centralised organisations. Like other new cryptocurrency experiments, they also face legal jeopardy.

The first attempt at a DAO, called “The DAO”, raised more than $150m in 2016 as an experiment in community-directed investing before an attacker exploited holes in the code to steal one-third of the funds.

In response, members of the ethereum community voted to effectively alter code backing the hacker’s funds, creating a new version of the blockchain and returning the funds back to the DAO. Critics said the decision undermined the supposed permanence of the software network.

The state of Wyoming, which first developed the limited liability company structure, passed legislation earlier this year that allowed the formation of “DAO LLCs” managed by smart contracts.

More than 110 entities have registered as DAO LLCs in Wyoming since the state passed legislation, including four that switched from normal LLCs, a representative for the state treasury said in an email.

Critics of the legislation have argued its language does not clearly define how DAO LLCs should be managed. Legislators are considering amendments to the original law. Cryptocurrency lawyers said for-profit DAOs had largely registered as Delaware LLCs, one of the most popular corporate structures in the US.

“A lot of the things that people are doing are probably legal,” said Chris Rothfuss, a Democrat who co-chairs a Wyoming state Senate committee on blockchain technology. “Probably legal is not a comfortable phrase.”

Rothfuss said he hoped the law will bring more financial technology entrepreneurs to Wyoming, helping diversify the state’s economy away from mineral extraction.

Fitsimones said he had become inspired to start CityDAO because of Wyoming’s legislation and that he hoped it would make it easier for larger groups to collectively own and manage land using the blockchain.

“There’s something really cool about land because land feels like such a primitive piece of the puzzle,” Fitsimones said. “If you can put land on-chain, what is the next step?”

Members of CityDAO must purchase one of 10,000 non-fungible tokens to take part in discussions. They can sell their NFT at any time if they want to quit.

Vitalik Buterin, co-founder of the ethereum blockchain, and Brian Armstrong, chief executive of the cryptocurrency company Coinbase, have both purchased the so-called “citizen NFTs”, which do not give the holders a stake in the physical land or the rights to any income.

Fitsimones acknowledged the project still faced hurdles, and its core team members have said most of their time is spent on legal issues.

“The worst-case scenario for this law is in a court some judge is like, ‘I’m not reading the smart contract code. This is a bunch of baloney’,’’ Fitsimones said. “And the best-case scenario is this law becomes this fundamental link between digital assets, crypto and the physical world.”

One of the great misnomers in the crypto world is stablecoins. These digital assets are…

Criminals see flashy crypto owners as easy targets, & it has led to a disturbing string of violent robberies