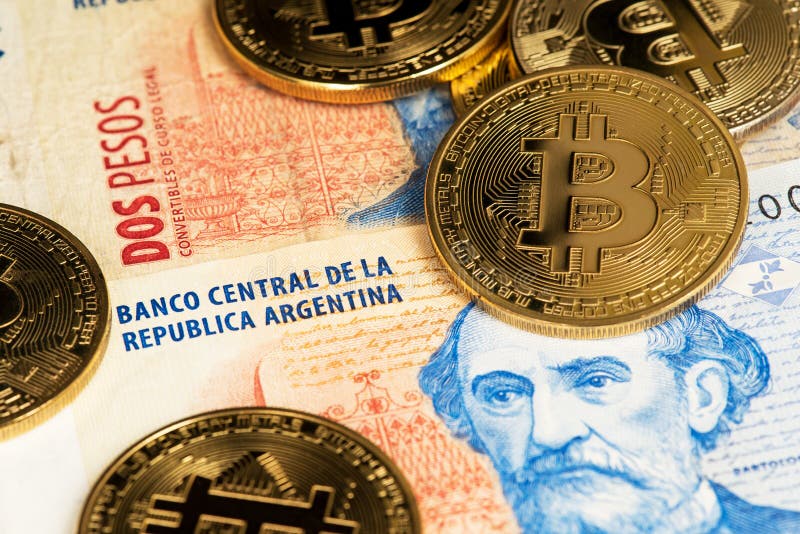 Sports stadiums, buses and highway billboards across Argentina are plastered with adverts for cryptocurrency exchanges, as the nation’s economic instability fuels one of the world’s biggest booms in digital money.

TV and radio hosts talk about investment options in digital coins, and a crypto exchange is currently one of the sponsors of the nation’s biggest soccer cup.

Driving the trend is a local law that allows companies to pay as much as 20% of renumeration in kind.

That’s a huge advantage due to Argentina’s currency controls. If a company were to pay $1,000 through the banking system, the employee would receive about 109,000 pesos, at the official exchange rate.

But if the worker instead got paid in a cryptocurrency, that could be changed at the unregulated parallel exchange rate for about 200,000 pesos — 83% more.

Tech companies, in particular, are paying a portion of wages in so-called stablecoins pegged to the dollar, as well as in other cryptocurrencies such as Bitcoin and Ethereum. Prices of many such coins have dived in recent months, with Bitcoin down about 40% from its November peak, inflicting heavy losses on Argentines who held them instead of converting them into pesos.

Some companies break the rules and exceed the 20% limit on wage payments in kind, according to Andres Ondarra, Manager in Bitso, an exchange with 4 million users in the region.

The number of companies paying salaries in digital currency has soared by 340% over the last 12 months according to Buenbit, an Argentine crypto exchange with 600,000 users.

The central bank isn’t happy with the trend, and has warned Argentines that their savings in cryptocurrencies are vulnerable to cyber attack and aren’t protected by deposit insurance.

As part of its $45 billion staff-level agreement signed with the International Monetary Fund this month, Argentina undertook to “discourage the use of crypto-currencies with a view to preventing money laundering, informality and disintermediation”.

Cryptocurrencies are also easier to covert into assets in safer jurisdictions overseas, while workers can also get their money more quickly, rather than having to wait days for transfers to clear.

Small and medium businesses are driving the adoption of digital currency. German Gimenez, founder of Komuny, an education startup with fewer than 50 employees in Mendoza province, said his company pays the majority of staff in cryptocurrency.

“We seek the economic independence of every person,” said Gimenez, who says the company received good feedback from employees.

BitPay, a company that offers crypto payment services to employees in the U.S., says that some North American workers are paid entirely in crypto, which is less common in Argentina. In the U.S., payments tend to be in Bitcoin, Ethereum and Dogecoin rather than in stablecoins.

BitPay says its clients are mostly companies with fewer than a thousand employees, and others with contractors globally.

“We have companies that have affiliates all over the world and instead of dealing with different fiats, they do this,” said Merrick Theobald, VP of Marketing at BitPay. “It doesn’t cost a lot of money to offer this service.”

— With assistance by Philip Sanders, and Isabelle Lee. Read full story on Bloomberg

Cryptocurrencies
Previous ArticleSoftBank Internet Arm Plans NFT Mall to Grow Global Footprint
Next Article LimeWire Is Making a Comeback, But Not As You Know It

Why bitcoin is worse than a Madoff-style Ponzi scheme

A Ponzi scheme is a zero-sum enterprise. But bitcoin is a negative-sum phenomenon that you…