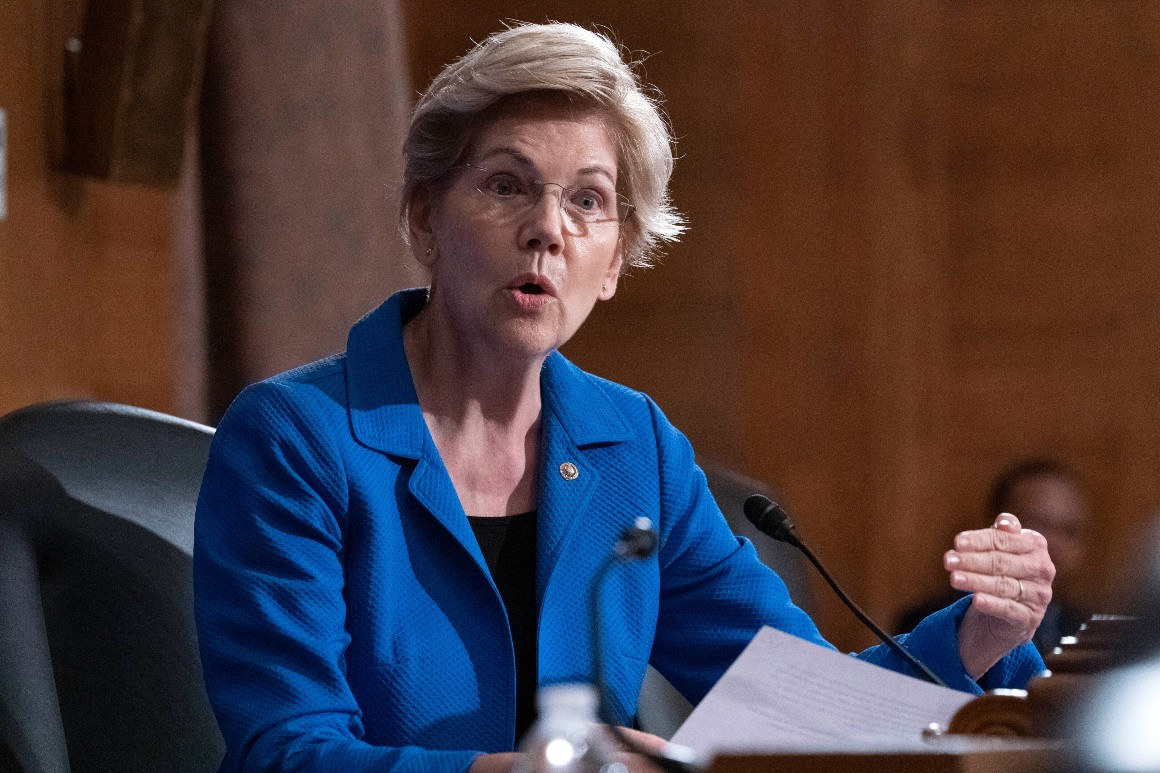 U.S. senator Elizabeth Warren, a long-time crypto critic, has announced a new bill that would block bitcoin and cryptocurrency companies from doing business with those hit by sanctions.

The bill would crack down on the use of bitcoin and other cryptocurrencies to evade strict sanctions put on Russia, Belarus and wealthy oligarchs since the invasion of Ukraine.

The bitcoin price has swung wildly as international financial sanctions have ramped up in recent weeks amid speculation bitcoin and crypto could be used by those looking to evade sanctions.

On Wednesday, the Federal Reserve hiked interest rates for the first time since 2018 in spite of the economic turmoil expected from the war in Ukraine, boosting the price of bitcoin and smaller coins ethereum, BNB, XRP, Terra’s luna, cardano, solana and avalanche.

“No one can argue that Russia can evade all sanctions by moving all its assets into crypto,” former presidential hopeful Warren said during a Senate Banking Committee hearing where she introduction of the Digital Asset Sanctions Compliance Enhancement Act. “But for Putin’s oligarchs who are trying to hide you know a billion or two of their wealth, crypto looks like a pretty good option.”

“This is a bill that would authorize [U.S. president Joe Biden] to sanction foreign crypto firms that are doing business with sanctioned Russian entities and authorize the Treasury secretary to act,” she said.

Speaking at the hearing, Jonathan Levin, the co-founder of bitcoin and crypto analysis company Chainalysis, denied those hit by sanctions could evade them by “hopping from one blockchain to another,” or using crypto wallets that don’t require identifying information and crypto mixing services.

“The scenario that you described, where an oligarch has a billion dollars, to be able to launder requires significant amounts of liquidity to be able to obfuscate that amount of money through the use of cryptocurrency,” said Levin.

A final draft of the bill introduced by Warren was obtained by The Block and reportedly would require the White House to assemble a report on all crypto service providers that have any affiliation with Russia while also giving the U.S. Treasury the ability to ban crypto exchanges from dealing with any users associated with Russia.

The Treasury secretary, Janet Yellen, would be tasked with identifying crypto exchanges that could be at “high risk for sanctions evasion” and reporting them to Congress.

The bill goes beyond Russia sanctions and would authorize the Financial Crimes Enforcement Network (FinCEN) to identify users sending or receiving more than $10,000 worth of cryptocurrency.

Kimbal Musk, the billionaire brother of Tesla chief Elon Musk, is creating a crypto collective — like the one that…

Welcome to the Crypto Version of ‘Blade Runner’

Scammer cashes in cryptocurrency to pay couple cheated out of home