Should You Be Concerned About The UK’s FCA Bitcoin Warnings? 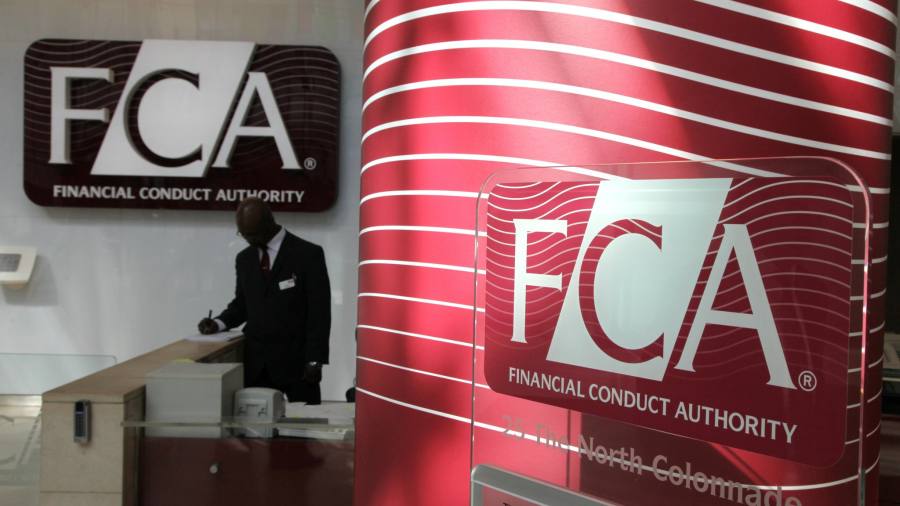 The Financial Conduct Authority (FCA), the UK’s top financial regulator, has continued its time-honored tradition of warning British consumers that they “should be prepared to lose all their money” if they dabble in bitcoin.

Its latest admonishment came in a press release declaring that all bitcoin ATMs in the country are being operated illegally because their owners have not undergone checks by the regulator.

More about that later. First, though, let’s have a quick look at how consumers would have fared if they’d listened to the FCA on any of the previous occasions that it warded people off bitcoin – the world’s oldest, largest and most secure decentralized monetary network.

The familiar warning was first given on December 14th, 2017 – when bitcoin was trading for $16,405 – in remarks by the FCA’s then chief executive Andrew Bailey (who subsequently became the governor of the Bank of England, the UK’s central bank).

He told the BBC: “If you want to invest in bitcoin, be prepared to lose all your money”. Based on a market price of $38,900 at the time of writing, bitcoin has appreciated by 137% since then.

Consumers therefore missed the chance to more than double their money if they followed Bailey’s advice.

One year later, on October 29th, 2018, the FCA published a report warning that “cryptoassets have no intrinsic value and investors should therefore be prepared to lose all the value they have put in”. Bitcoin was trading for $6,266 on that day, meaning that anyone who listened to the FCA missed out on a gain of 521%.

It gets worse. On March 7th, 2019, after conducting two research studies into UK consumer attitudes towards cryptocurrencies, FCA executive director Christopher Woolard concluded that they “may not be well understood by many consumers” and anyone “investing in them should be prepared to lose all of their money”.

Alas, it appears to have been Woolard’s comprehension that was lacking. Bitcoin was trading for just $3,857 on that day. Anyone who heeded his warning missed out on an eyewatering profit of 909%.

The FCA continued publishing research notes and press releases about bitcoin in 2020, but for some reason refrained from stoking fears of a price crash. That saved it some embarrassment, as the cryptocurrency soared in value by 310% over the course of the year (rising from $7,175 on January 1st to $29,403 on December 31st).

Sure enough, though, the regulator was back to its old tricks in 2021. At least three official communications on the FCA’s website warned Brits that they are likely to get rekt (my paraphrasing) if they’re foolish enough to buy bitcoin: this press statement on January 11th (market price $35,450); this research note on June 17th ($38,110); and this speech by FCA chairman Charles Randell on September 6th ($52,719).

Congratulations if you followed Randell’s advice, as you fall into the tiny minority of consumers who would have profited by listening to the FCA about bitcoin. The cryptocurrency has lost 26% of its value since Randell’s speech (albeit after surging 31% to an all-time-high of $69,000 in the weeks immediately following his remarks).

Now, I don’t want to be unfair to the FCA. They do important work that meaningfully protects UK consumers from scams and predatory financial practices that can easily ruin lives. Of course, I expect them to be conservative in their guidance. It goes without saying that I support any effort they make to highlight the dangers of investing in complex financial instruments – particularly leveraged products – and of failing to scrutinize service providers or to research risk-management strategies.

Put bluntly, though, that’s not what they’re doing when they badmouth bitcoin.

Bitcoin has already proven itself not to be a high-risk or opaque investment.

To the contrary, bitcoin has maintained a long-term up-trend in value throughout its entire 13-year lifespan (during which it has become, by far, the most profitable investment of modern times). It allows holders to self-custody their funds, thereby avoiding any need to trust or rely on central authorities or service providers. And, obviously, it’s not a leveraged product unless you explicitly choose to make it one.

Bitcoin is secured not by people or banks or governments, but by the laws of mathematics. It uses public-key cryptography – a type of encryption that makes your password roughly as easy to guess as it would be to locate a specific grain of sand in the whole of Greece by random chance.

Security comes in other forms, of course, and bitcoin excels in them as well. Perhaps it could be hacked? No. The proof-of-mining system that bitcoin deploys is so energy-intensive that any would-be hacker – let’s say, the US government – would need to spend an estimated $15 billion to even have a go at a “51% attack” (that estimate will continually rise as the network grows).

Such an attack could, in theory, if successful, take down the network. But it wouldn’t stop a parallel network booting up the very next day based on a snapshot of the pre-hacked blockchain. In which case, you’d need another $15 billion to try again. And so on.

What about the security of knowing that your funds won’t be diluted?

Again, bitcoin’s decentralized consensus mechanism – which is overseen and enforced by miners – guarantees that there will only ever be 21 million bitcoins in existence. Do dollars, euros and pounds have a guaranteed fixed supply? No. Does real estate? No. Public or private equity? No. Gold? Kind of, but not really.

All of which begs the question: why is the FCA – which has a statutory obligation to protect consumers – hell-bent on stoking fear about bitcoin? Why doesn’t it tell cash-holders, property owners and stock-market investors that they, too, should “be prepared to lose all of their money”?

Look at the regulator’s latest announcement about bitcoin ATMs and its skewed narrative is plain to see.

The FCA claimed that the operators of these cashpoints – just 56 of which are in service in the UK – endanger consumers because they’re not registered with the regulator and so their compliance with UK anti-money-laundering legislation hasn’t been upheld. There may or may not be legitimate concerns about the specific operators of these 56 machines; I’m not in a position to scrutinize their compliance myself.

What I do know, though, is this: declaring that “consumers should not be using” bitcoin ATMs and insinuating that the technology is an affront to anti-money-laundering compliance is grossly misleading.

There are more than 36,000 bitcoin ATMs in operation around the world – 88% of which are located in the United States. All of the largest operators comply with internationally-recognized Know Your Customer (KYC) regulations, which form the backbone of anti-money-laundering safeguards.

If they didn’t, they couldn’t get licenses to operate in closely-guarded jurisdictions like the US. All of them also restrict the size of transactions that individual users can execute, rendering the machines highly inefficient for money laundering.

The FCA presented the immature scale and unregulated nature of the UK bitcoin ATM sector as concerning. This is specious. The sector is only immature and unregulated because UK regulators – unlike their US counterparts – have deliberately created a hostile environment for operators that deters them from gaining a foothold in the UK market.

And that brings us full circle. Why is the FCA so opposed to an ecosystem that’s empowered consumers around the world, and that’s openly embraced by regulators in financially savvy countries like the US and Switzerland?

Is its stance related to its close ties with the Bank of England, whose ability to influence consumer behavior (through negative real interest rates) is disrupted by bitcoin? Is it related to the fact that the FCA’s £636 million ($829 million) annual budget is funded entirely by financial services entities – banks, mutual societies and financial advisors – the vast majority of whom see bitcoin as a threat to their profitability?

Only the FCA can answer those questions. What’s not up for debate, though, is that its bearishness has been spectacularly wrong for several years, costing the unlucky consumers who listen to it vast sums of wealth.

It’s time for the UK’s top financial regulator to ditch the puerile language about bitcoin, and to remember whose interests it has a statutory obligation to protect.