Modern Corporations Are Ungovernable, But DAOs Are Not The Answer 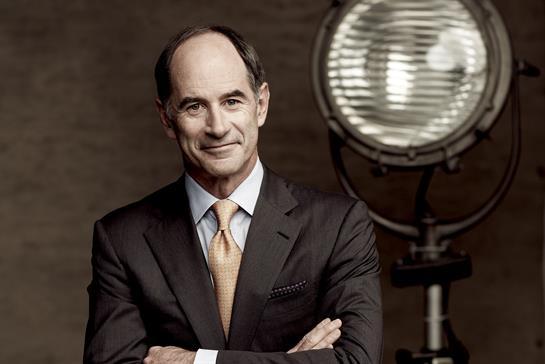 Roger L. Martin is one of the world’s foremost business strategists, serving as an advisor to the CEOs of some of the world’s largest companies including Procter & Gamble and Ford. In this interview we discuss the pitfalls with modern corporate governance and how things have become exacerbated by the rise of passive investing, proxy services and the pandemic-driven stock market boom.

We also touch on the growing trend of major technology firms, such as Google, Facebook and even Coinbase, concentrating voting power in the hands of executives. Finally, we explore what all this means for the growth of DAOs and token prices during this period of crypto development.

Forbes: What do you see today as some of the flaws in the modern incarnation of a corporation? And what are some of the key points of attention and trade off that you see between the various types of stakeholders?

Roger Martin: I’m not sure that the modern widely held publicly traded company is governable. The problem is that there’s this notion of professional managers who kind of run the company. And we have this notion that there’s a principal agent problem, where there is a challenge of having the management operate the company in a way that’s consistent with what the shareholders’ owners want. The agency problem and solution to the agency problem are two things. One is to have stock-based compensation that’s supposed to align the interests of management and shareholders. And we have a board of directors, who works on the shareholders’ behalf to make sure that the directors or the senior management is operating in accordance with what the shareholders would want. So here’s the question. If management are agents, and have self control problems and interests that aren’t necessarily aligned with those of the shareholders, could you explain to me how another group of people who we call directors, who also aren’t the shareholders, would have the desire and motivation to serve those shareholders?

It’s an article of faith that the widely held publicly traded company is constructively governable. And of course there is this notion that, yes, stock-based compensation will align the interests of management and shareholders and I’ve written extensively about that, but it actually does the opposite. Everybody thinks the stock price is somehow a real thing that really reflects the company and its operations, and they’re often baffled when earnings are up 20% and the stock goes down. The reason is that the stock price is nothing real. It’s something entirely ethereal. It is simply the culmination of what all people in the capital markets observing the company imagined its future prospects to be. We know that because the S&P 500 has traded on average at 19x or 20x across its history, which means the stock prices kind of 1x their earnings and the other 19x times is about future expectations. So stock-based compensation, to the extent that it provides an incentive, we believe it’s an incentive to make the company perform better. It isn’t. You don’t get higher stock prices by making the company perform better. You get a higher than today’s stock price by making the company perform better than people think it’s going to perform today. So the only thing that actually increases stock prices is a positive surprise. So, the question is, can management keep on delivering positive surprises to capital markets? Executives figured out that the game is to heighten the stock price, use aggressive accounting or whatever, to get expectations up, and then get out or cash out before the expectations fall back. And that’s why you get all this manipulation. In fact, the smartest thing you can possibly do as a CEO—and lots of CEOs do this—is as soon as you take over the position, you say, oh my god, now I understand what’s really going on here; the company is an incredible disaster. By saying so you are trying to get the stock price down. Then you do a bunch of things to get it back up to the level it was when you arrived. And you’ll be rich. So a publicly traded company is not governable. That’s a fundamental problem.

Forbes: Have any of these issues been exacerbated by the frenzied capital markets during the pandemic?

Martin: The worst position for management of a company to be in is to have overvalued equity. If you’ve got equity that is trading for more than you, as the manager, knows its worth, you can be inclined to take desperate actions; make big, gigantic risky bets to try and do something to keep a collapse of the stock price from happening. That’s when most managerial sins are committed, when your equity is overvalued. The best place to be as a manager is if your equity is mildly undervalued, which gives you room to do things to get the stock price up. Because if there isn’t room and if in fact, there’s negative room, you just know the crash is coming. These ultra-high markets, which are spurred by the Fed keeping interest rates thus far at zero and pumping the economy absolutely chock full of cash, are making equity and debt go up. But there’s a correction coming. It’s just a matter of how, when and just how brutal it will be.

Forbes: You’ve also written about how the rise in passive index investing has disconnected shareholders from the managers, which exacerbates the problem of corporate governance. Can you touch on that, and perhaps also discuss how proxy funds fit in here?

Martin: I think the proxy voting firms ISS, etc., are just ideologues. They have an ideology, which has nothing to do with anything that is demonstrated, proven or the like. I think they help lazy people be able to say, oh, ISS told me that I should vote this way so I’m okay. And ISS, from my experience, has no clue what is actually good for the performance of a company. It’s one of these things where the dominant players in the capital markets are not playing with their own money. It’s not even close. Pension fund managers, BlackRock, Fidelity, State Street, Vanguard are also playing with somebody else’s money. Hardly anybody’s playing with their own money. And it’s real people actually making those decisions. So you have to analyze their incentives. The main incentive for pension fund managers, for example, is to not be fired. It’s not to make the most money possible for shareholders. I will say that I have met pension fund managers who do take that on as their responsibility, but that’s the exception, not the rule. So the idea that somehow they would be paragons of great management is just far fetched.

Forbes: Do you have any tell tale signs for distinguishing a good money manager from a bad one? Also, are there any ways for how this broken proxy system could be improved?

Martin: I think the improvement is going to come from much more of a return to the corporate structure of the 1920s and 1930s, where public shareholders were simply along for the ride and these were semi-public companies. Because there was somebody who owned the majority stake and or at least a controlling stake and said, “hey, if you want to come along, go ahead. But I’m managing this. My net worth is tied up with this, and I’m going to make the decisions. And I don’t basically care what you think.” Now you’ll notice there’s a new kind of firm emerging in America that has taken that form, right? Tesla and Google, etc., where the leaders pretty explicitly say, “I do not care what you think, I am uninterested completely. And I’ll do what I want.” I think we’re going to have more of that. And I think that’s a better structure than the white male publicly traded company.

Forbes: That is an interesting point, because even looking at crypto with firms like Coinbase where Brian Armstrong controls a majority of the voting power, we are seeing some of the major firms follow this lead.

Martin: As long as they’re honest and clear from the outset. That’s why I liked Google. When it went public, they were super clear. It was like, we’re in charge. You are free to come along for the ride. We’re fine with that, but do not be confused.

Forbes: Let’s now turn our attention to DAOs, decentralized autonomous organizations. What are your thoughts?

Martin: That sounds like a phenomenally dumb idea to me. I think it’s mainly massive hype. So there’s a tool that a bunch of very geeky people have come up with, they’re totally in love with, and they’re trying to find something useful to do with it. And they’re trying to create an ideology about it—oh, it’s all about decentralization. And they’ll find things to use the tool for. NFTs (non-fungible tokens) is a good example. It created an industry because now you can prove ownership of something. I don’t doubt that it’ll have applications. Do I see it as a way of changing human nature? Which is what this is saying; that people want a kind of completely decentralized, everybody votes thing. If they wanted that, Facebook and Google wouldn’t control the internet. Remember, we had the hype back then—oh, it’s going to be the most democratizing force on the face of the planet. Everybody can contribute and everybody can be on their own. Look what happened. Way, way more centralized nodes, centralized control of a sort we’ve never seen in the history of the planet. So if people are lustful and longing for all sorts of decentralized systems where everybody participates in every decision, humans have never worked that way. And I don’t think humans want to. And they are showing us that by having fealty to Facebook and Google.

Forbes: Do you think it’s because humans don’t want that? Or they’re just lazy and they appreciate the convenience and don’t understand the tradeoffs that come with these platforms?

Martin: All action is designed. People do what they want and what they want is to not participate in every decision and take personal agency for fixing everything. Then they will act accordingly. I think that almost everything about blockchain is fantastical; it’s hype but as usual, there’s something real inside the hype. So the internet as of 2000 was the hype, right? You didn’t need earnings; all you need is eyeballs and everything else to follow, and we’ll vendor finance it because that’s fine because it’s eyeballs and all the rules are suspended. It’s all different. Well, what happened? The whole thing blew up. Did the internet go away? No, it bred some very useful things that have changed the world for the better. I see the same with blockchain, which has no chance of reaching all the hype. And so, if you’re a sensible, not hype-oriented blockchain person, you can probably make a legitimate buck on it. That’s the best case scenario for blockchain as far as I’m concerned.